Rift Healer is the first installment of the ‘Forest Magic’ series, a Young Adult Fantasy/Romance set in Central and Western Massachusetts. After a minor earthquake, the enchanted forest in Bidwell, MA, is infested with monster-spewing rifts. Gisele Westerfield’s great nephew, the gifted Micah, and his distant cousin, Selena, arrive to assist. Together with Gisele’s summer students, twins Haley and Lacey, they will try to heal the magical forest. Much to the consternation of the beautiful Selena, Micah identifies Haley as The One whom he’ll share his future. But after witnessing a terrifying display of Micah’s Gift, Haley cools to his advances and unexpectedly discovers her own Gift– she can heal the earth. Monsters, mayhem, and teenage angst follow the small group as they confront evil in the forest and a dangerous prediction that ‘one will fall’. Will they heal the rifts in time? Can they save the unicorns? And is Haley really destined to be with Micah? Diane has lived in Massachusetts all her life where early on, her artistic talents were fostered, though her skills as an “excellent report writer” were often noted in previous employment. On her brother Rick’s birthday, November 16, 2004, seven months after his death, she woke from an amazing dream which would not fade. She outlined the dream, made a few quick notes and days later produced a 12 page short story. After deciding her story was interesting but incomplete, she began writing her first novel, using her dream as its climax. She now believes the dream to be a ‘Spirit Gift,’ sent by her brother. Diane continues to reside in Central MA with her husband and a very naughty Basset Hound named Basil and his new adopted sister-Basset, Ruby, both of whom cleverly wreak havoc on the Haynes’ formerly well-ordered lives. She spends her time writing, reading books about writing, talking about writing, painting with watercolors, antiqueing and attempting to train a very reluctant Basil and a willing, but highly comedic Ruby. 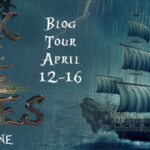