Cassidy decides her senior year, including prom, will be about Michael, the boy destined to be her soul mate. One problem. He hasn’t figured that out yet. But certain events meant as innocent pranks—that weren’t completely her fault—introduce her to Zeke, the reformed bad boy. And cutting deals in the boys’ bathroom with Jasper, the hottest guy in school, lands her in a complicated web of half-truths. At the end of the year, she’s dateless the day before the big night but risks a lot more than her pride if she can’t fix her mistakes. Prom Impossible is a modern-day Shakespearean romantic comedy in the world of teens, true love, and life.

Jules crouched next to me in the scratchy bushes outside of Michael’s house. Lately, she’d been extra nice. Total guilt complex. I wasn’t complaining.
Only two people knew about my love for Michael: Jules and my brother, Carter. He guessed it from my swoony expressions over certain heart doodles in my room. Talk about nosy. And Jules knew from the very start because for years we’d been more than just cousins. We were best friends even though she was slightly more popular. Okay, a lot more.
She nudged me. “Spying on the biggest dork in school? That’s the big emergency?”
“Hey, he’s got potential. And I’m not spying. I’m observing the behavioral patterns of my future boyfriend.”
She giggled. “Well, he might be kinda cute behind all the dorkiness. I’ll give you that. And I’ve never had a chance to get to know him. Maybe he’s cool.”
I’d known Michael since he peed his pants the first day of kindergarten from pure nerves and the fear of asking how to find the bathroom. We’d been on and off friends and engaged in frequent conversations about Smaug, Aragorn as an alpha male, and Gollum’s greatest moments.
We were destined to fall for each other with a passionate forever-kind-of-love. Someday, he’d take me in his arms and sweep me off my feet with the most romantic, passionate kiss in history.
“This is crazy,” Jules whispered. Then in an act of complete betrayal, she grabbed some pebbles and pelted the downstairs window.
“What are you doing?” I jerked her arm away but it was too late.
“Helping you. I assumed that’s why you called me. You said it was an emergency. You said you couldn’t do it alone.” She stood and brushed the dirt off her shorts. Before I could complain she hugged me. “You can do it, Cass. Good luck!”
A window slammed open.
“Who’s there? I’ve got my death ray gun that can sizzle your brain in three seconds and I’m not afraid to use it.”
“Oh. My. God.” She stifled a laugh. “He’s all yours.” And with that Jules shoved me into open view. 
Laura Pauling is the author of the exciting young adult Circle of Spies Series and the time travel mystery, Heist. She writes to entertain and experience a great story…and be able to work in her pajamas and slippers. Prom Impossible is her newest YA romantic comedy, published as of May of 2014. To keep up on her new releases sign up for her newsletter so you don’t miss out!

#Giveaway The Other Side of Magic by Ester Manzini @XpressoTours Ends 4.22

#Giveaway Review DO YOUR BEST EVERY DAY TO DO YOUR BEST by John Cena, Susanna Harrison @JohnCena @randomhousekids @RockstarBkTours Ends 4.18

$10 #Giveaway Scorn of Secrets by B. Truly @BrandyTruly @XpressoTours Ends 4.15 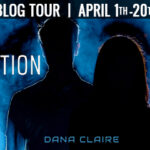