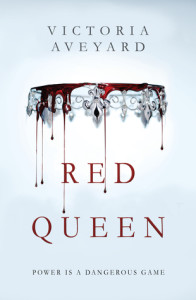 Graceling meets The Selection in debut novelist Victoria Aveyard's sweeping tale of seventeen-year-old Mare, a common girl whose once-latent magical power draws her into the dangerous intrigue of the king's palace. Will her power save her or condemn her?Mare Barrow's world is divided by blood—those with common, Red blood serve the Silver- blooded elite, who are gifted with superhuman abilities. Mare is a Red, scraping by as a thief in a poor, rural village, until a twist of fate throws her in front of the Silver court. Before the king, princes, and all the nobles, she discovers she has an ability of her own.To cover up this impossibility, the king forces her to play the role of a lost Silver princess and betroths her to one of his own sons. As Mare is drawn further into the Silver world, she risks everything and uses her new position to help the Scarlet Guard—a growing Red rebellion—even as her heart tugs her in an impossible direction. One wrong move can lead to her death, but in the dangerous game she plays, the only certainty is betrayal.

I used my 50 page rule when starting this book and didn’t think it was for me. It just didn’t grab my attention straight off the bat and then I went back to it after a week. What a difference not being sick can make on your reading attitude.

This reminded me a bit of a Game of Thrones type story except that it was much more a YA version crossed with The Selection and The Hunger Games with a bit of Harry Potter’s magic sprinkled through. This basically boils down to an oppressed people being enslaved by a ruling class using magical powers to keep everyone in line. The Reds versus the Silvers based on the color of their blood rather than their skin. Mare Barrow thinks she will be sent to the frontline of war when she turns 18 in a few month, but in a Cinderella like moment, she is plucked from obscurity by the crown prince, Cal.

In a Selection meets the Hunger Games moment, all of the eligible girls show off their deadly skills to impress the prince and be chosen as queen. Until Mare falls from a viewing booth where she is serving one of the elite families. She almost implodes on the arena floor when she is electrocuted and almost takes out the chosen princess and evil bitch, Evangeline with her new-found power of electricity. Quickly, she is noticed by the Queen and betrothed to the second in line to the throne. Nicknamed “little lightening girl”, she learns to control her power and must now decide her own fate.

There is rebellion brewing and Prince Maven, her husband to be, joins up with the rebels to an undecided end. It remains to be seen if this couple will be used to good or evil since they are both a bit naïve. I really enjoyed this first installment and can’t wait to find out where the series takes us. There are strong female characters with an appropriate amount of violence but no real romance yet. Oh, and it ends with a cliffhanger, so be prepared to wait a year for the next installment. ‘m a screenwriter/YA author who likes books and lists. This site is the nexus of my universe. 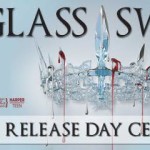