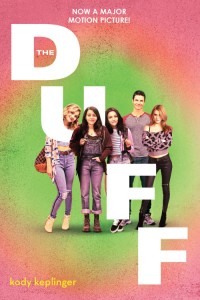 Soon to be a major motion picture!Seventeen-year-old Bianca Piper may not be the prettiest girl in her high school, but she has a loyal group of friends, a biting wit, and a spot-on BS detector. She's also way too smart to fall for the charms of man-slut and slimy school hottie Wesley Rush, who calls Bianca the Duff--the designated ugly fat friend--of her crew.But things aren't so great at home and Bianca, desperate for a distraction, ends up kissing Wesley. Worse, she likes it. Eager for escape, Bianca throws herself into a closeted enemies-with-benefits relationship with him.Until it all goes horribly awry. It turns out Wesley isn't such a bad listener, and his life is pretty screwed up, too. Suddenly Bianca realizes with absolute horror that she's falling for the guy she thought she hated more than anyone.

Bianca (Mae Whitman) is a content high school senior whose world is shattered when she learns the student body knows her as ‘The DUFF’ (Designated Ugly Fat Friend) to her prettier, more popular friends (Skyler Samuels & Bianca Santos). Now, despite the words of caution from her favorite teacher (Ken Jeong), she puts aside the potential distraction of her crush, Toby (Nick Eversman), and enlists Wesley (Robbie Amell), a slick but charming jock, to help reinvent herself. To save her senior year from turning into a total disaster, Bianca must find the confidence to overthrow the school’s ruthless label maker Madison (Bella Thorne) and remind everyone that no matter what people look or act like, we are all someone’s DUFF.

I really hope that this movie captures the book!  It was one of my favorites when it first came out! Bianca is a witty, snarky senior, her mother is a motivational speaker, her father works at a computer repair shop and they are not getting along. She has extremely loyal friends that are both cheerleaders, blonde and gorgeous. Well, according to Bianca they are, Jessica and Casey don’t think that about themselves. Welsey is the school heart throb and bad boy with a love em and leave em attitude. When the two meet at the local all ages club, Wesley calls Biana Duffy and them explains exactly what it mean…Designated Ugly Fat Friend, Bianca reacts by throwing her drink in his face. And thus begins a romantic entanglement that turns out to be something neither one of them planned. Bianca is out to “use” Wesley for just one thing: sex with no strings. I am glad this book took on the issue of sex and love and how those actions impact teens today. I don’t think that teens are especially sexually active with AIDS and the spread of other STDs and this story actually says that if you are having sex, make sure it is safe. I felt so sad for Bianca when her parents were breaking up. Neither of them took her feelings into consideration and she didn’t open up at all to her friends even when they asked and tried to push her for answers. She instead retreats into what starts out as meaningless sex in order to fill the gap of her parents’ love. Except then the sex starts to mean something. I really wanted to hate Wesley but found that he had the same endearing qualities as Bianca. He was also trying to fix the loss of his parents (they traveled a lot) with sex. Bianca called him a man whore which was probably appropriate, but she soon realizes she is just as bad as he is. The whole premise of the Duff having sex the Hot Guy seems far fetched at first, but when you think about the size of the school (small) and they are such opposites, well, the whole thing just comes together and works. This book is best suited for older teens since there is language and sexual situations.

WANT TO WIN A PRIZE PACK? 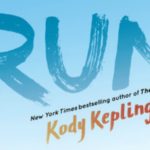