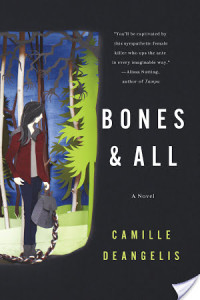 Since she was a baby, Maren has had what you might call "an issue" with affection. Anytime someone cares for her too much, she can’t seem to stop herself from eating them. Abandoned by her mother at the age of 16, Maren goes looking for the father she has never known, but finds more than she bargained for along the way.

Faced with love, fellow eaters, and enemies for the first time in her life, Maren realizes she isn’t just looking for her father, she is looking for herself. The real question is, will she like the girl she finds?

Maren has a major issue  that everytime she gets close to anyone, she wants to literally devour them. The only problem is that they have to move when she does “that bad thing”.   When she turns sixteen, her mother has has enough and leaves her with her birth certificate that at least tells her who her father is.  Armed with this information, Maren decides to track him down to see if he can unravel her issues.

Maren meets up with Lee, who does his own “bad thing” and helps her survive and because he does care about her, he must be cold and uncaring.  Yeah, that part of the romance between the two is weird, but it works.  Traveling the coountry, she meets more eaters along the way and tries to find out why she is this way in her search for her father.

This is not a zombie story.  This is a story about cannibalism, but not in a Hannibal sort of way, this has horror but it is fun horror written in a wonderfully catchy style.  This is strangely wonderful book that all lovers of weird will adore.   I am sure this book will be either a love it or hate it situation with some readers.

Camille DeAngelis is the author of Bones & All (St. Martin’s, 2015), Petty Magic: Being the Memoirs and Confessions of Miss Evelyn Harbinger, Temptress and Troublemaker (Crown, 2010), and Mary Modern (Crown/Shaye Areheart, 2007), as well as a first-edition guidebook, Moon Ireland (Avalon, 2007). She is a graduate of New York University (B.A. in Fine Arts, minor in Irish Studies, 2002) and the National University of Ireland, Galway (M.A. in Writing, 2005). Her fourth novel, tentatively titled Immaculate Heart, will be published by St. Martin’s Press in 2016. She is a board member of the Writers’ Room of Boston.

A longtime vegetarian, she went vegan in April 2011, and in June 2013 became a certified vegan lifestyle coach and educator through Victoria Moran’s Main Street Vegan® Academy. She is also planning to receive her yoga teacher training in 2015. 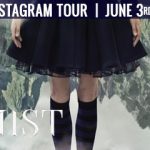 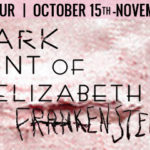 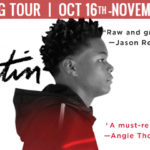