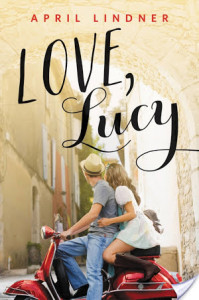 While backpacking through Florence, Italy, during the summer before she heads off to college, Lucy Sommersworth finds herself falling in love with the culture, the architecture, the food...and Jesse Palladino, a handsome street musician. After a whirlwind romance, Lucy returns home, determined to move on from her "vacation flirtation." But just because summer is over doesn't mean Lucy and Jesse are over, too.

In this coming-of-age romance, April Lindner perfectly captures the highs and lows of a summer love that might just be meant to last beyond the season Lucy Summerworth has one last summer before she start college as her parents want her to and give up her dream of musical theater and singing. Her dad wants her to major in business and even though her heart isn’t in it, she agrees to his offer of a trip backpacking through Europe. A suitable companion is found and studious Charlene accepts the offer of a paid trip to Europe. Charlene seems to have a chip on her shoulder since Lucy’s father is paying for the trip. The girl have a good time, with Charlene using her skills as a photographer to document the journey. Then things go a bit south when Charlene meets a boy in a hostel and she decides to stay on with Lucy rather than follow her heart.

Lucy also meets a boy, Jesse, a local street musician in Italy. The pair click and Lucy spends as much time with him as possible, which completely upsets Charlene. Charlene, a regular negative Nelly, seems to never be happy, while Lucy figures this is her last chance at happiness before she follows her father’s dream for her. When the pair return home, Jesse and Lucy play phone and email tag and never really connect until Jesse shows up at her school unannounced. Again, more missed connections and miscommunications until they finally get together again.

At times, Lucy’s father drove me up the wall. Lucy bowed to all of his wishes and her mother never backed her up. Even though her dream was to sing and she is good at it, her father always said it was a waste of time. Finally, she stands up to him after winning the part in a college musical. With the subtle urging of Jesse, who turns out to be from a nearby city, the pair make beautiful music together. I know, that was a giant groan, but I couldn’t resist. Parents: this is best for older teen since there are sexual situations in context and mentions of drug and alcohol use. April Lindner is the author of three novels: Catherine, a modernization of Wuthering Heights; Jane, an update of Jane Eyre; and Love, Lucy, due out in January, 2015. She also has published two poetry collections, Skin and This Bed Our Bodies Shaped. She plays acoustic guitar badly, sees more rock concerts than she’d care to admit, travels whenever she can, cooks Italian food, and lavishes attention on her pets—two Labrador retriever mixes and two excitable guinea pigs. A professor of English at Saint Joseph’s University, April lives in Pennsylvania with her husband and two sons. 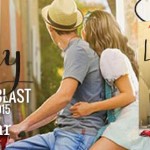 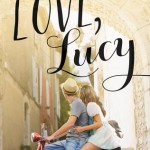