I am so excited that THE FEVER paperback by Megan Abbott releases today and that I get to share the news!
If you haven’t yet heard about this wonderful book by Author Megan Abbott, be sure to check out all the details below.
This blitz also includes a giveaway for some of the paperbacks courtesy of Megan, Back Bay Books, and Rockstar Book Tours. So if you’d like a chance to win, enter in the Rafflecopter at the bottom of this post.
About The Book: 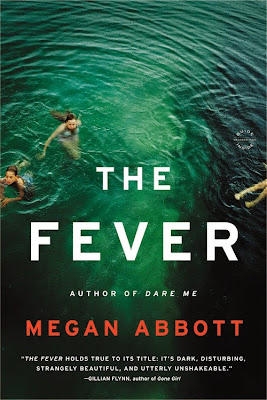 Title: THE FEVER
Author: Megan Abbott
Pub. Date: May 12, 2015
Publisher: Little, Brown and Company
Pages: 336
Find it: Amazon, Barnes & Noble, iBooks, Goodreads
The panic unleashed by a mysterious contagion threatens the bonds of family and community in a seemingly idyllic suburban community.
The Nash family is close-knit. Tom is a popular teacher, father of two teens: Eli, a hockey star and girl magnet, and his sister Deenie, a diligent student. Their seeming stability, however, is thrown into chaos when Deenie’s best friend is struck by a terrifying, unexplained seizure in class. Rumors of a hazardous outbreak spread through the family, school and community.As hysteria and contagion swell, a series of tightly held secrets emerges, threatening to unravel friendships, families and the town’s fragile idea of security.A chilling story about guilt, family secrets and the lethal power of desire,The Fever affirms Megan Abbot’s reputation as “one of the most exciting and original voices of her generation” (Laura Lippman) 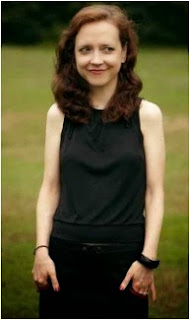 About Megan:
Megan Abbott is the Edgar®-winning author of the novels Queenpin, The Song Is You, Die a Little, Bury Me Deep, The End of Everything, Dare Me, and her
latest, The Fever, which was chosen as one of the Best Books of the Summer by the New York Times, People Magazine and Entertainment Weekly and one of the Best Books of the Year by Amazon, National Public Radio, the Boston Globe and the Los Angeles Times.
Her writing has appeared in the New York Times, Salon, the Guardian, Wall Street Journal, the Los Angeles Times Magazine, The Believer and the Los Angeles Review of Books.
Born in the Detroit area, she graduated from the University of Michigan and received her Ph.D. in English and American literature from New York University. She has taught at NYU, the State University of New York and the New School University. In 2013-14, she served as the John Grisham Writer in Residence at Ole Miss.
She is also the author of a nonfiction book, The Street Was Mine: White Masculinity in Hardboiled Fiction and Film Noir, and the editor of A Hell of a Woman, an anthology of female crime fiction. She has been nominated for many awards, including three Edgar® Awards, Hammett Prize, the Shirley Jackson Prize, the Los Angeles Times Book Prize and the Folio Prize.
WEBSITE| TWITTER | FACEBOOK | GOODREADS
Giveaway Details:
5 winners will receive a paperback copy of THE FEVER! US Only.
Ends on May 22nd at Midnight EST! 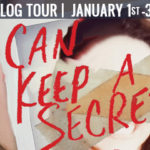