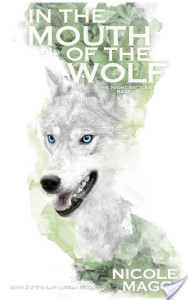 A continuation of the Twin Willows Series that began with WINTER FALLS...
The Twin Willows Waterfall is now under the control of the Benandanti, but for Alessia, the victory comes at a steep price. And the arrival of Nerina, one of the seven Concilio elders from the Friuli Clan, only complicates her life. Now she’s hiding a 450-year-old immortal on her farm, juggling school and her increasingly frustrated friends, and trying to keep the Malandanti from regaining the Waterfall. But it’s the passion that still lingers between her and Jonah that really keeps Alessia awake at night.

After a fatal visit from the Malandanti’s mage, Alessia brings in Jonah’s twin sister, Bree, to serve as a Benandanti spy. Bree has her own reasons for wanting to bring down the Malandanti, and soon she and Alessia find themselves in a tenuous alliance. But not even the powerful magic that Bree possesses nor the strong leadership that Nerina provides can stop the vicious Malandanti. As the two Clans barrel towards their inevitable collision, Alessia and Jonah are swept into the devastation and forced to make the ultimate choice. Nicole was born in the suburbs of upstate New York, and began writing poems about unicorns and rainbows at a very early age.  She detoured into acting, earned a BFA from Emerson College, and moved to NYC where she performed in lots of off-off-off-Broadway Shakespeare.  After a decade of schlepping groceries on the subway, she and her husband hightailed it to sunny Los Angeles, where they now reside, surrounded by fruit trees, with their young daughter and two oddball cats.  She is also the author of THE TWIN WILLOWS TRILOGY, published by Medallion Press.  The first book, WINTER FALLS, is available now.