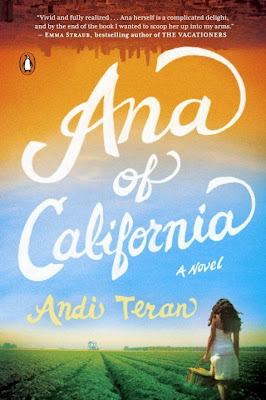 Synopsis:
Appropriate for YA audiences.
A modern take on the classic coming-of-age novel, inspired by Anne of Green Gables
In the grand tradition of Anne of Green Gables, Bridget Jones’s Diary, and The Three Weissmanns of Westport, Andi Teran’s captivating debut novel offers a contemporary twist on a beloved classic. Fifteen-year-old orphan Ana Cortez has just blown her last chance with a foster family. It’s a group home next—unless she agrees to leave East Los Angeles for a farm trainee program in Northern California.

When she first arrives, Ana can’t tell a tomato plant from a blackberry bush, and Emmett Garber is skeptical that this slight city girl can be any help on his farm. His sister Abbie, however, thinks Ana might be just what they need. Ana comes to love Garber Farm, and even Emmett has to admit that her hard work is an asset. But when she inadvertently stirs up trouble in town, Ana is afraid she might have ruined her last chance at finding a place to belong.

Ana has survived the worst life imaginable, everyone in her life has been taken from her and she has been thrown out of her last foster home with no place else to go except a group home.  She is offered a chance to earn her freedom in a sense by moving far from Los Angeles into a place she knows nothing about and learning about farming.  Figuring it has to be better than a group home, she jumps at the chance for what she thinks is another job slaving for a family that doesn’t care about her.  When Ana gets the surprise of her life when she is welcomed by Abbie, her new employer at a farm in California, far from the life she knew.   Emmett,  Abbie’s brother is not so welcoming.
As Ana falls in love with farm life and learns a weed from a worm, she starts to feel at home, even though she knows it might end at any second.  Abbie introduces her to a girl her own age, Rye, who is an outcast just like Ana.  They bond and Abbie decides that Ana should finish school there in Hadley while on the road to becoming an adult.  Just when things are going really well, she meet Cole, a boy who captures her thoughts and almost drags her away from her goal of living a free life.  There are quite a few secrets in this small town and as Ana unravels them, she finds that it may be more mentally dangerous than the physical danger she faced in the streets of East LA.
Wow!  This book had me feeling so emotional with Ana and her horrible life and at the same time, I was so hopeful that Ana would triumph over all her difficulties.  Her quick intellect and smart mouth may have gotten her into trouble in the past but she tries to overcome her issues and finally relax into a stable situation.  While the story of Anne of Green Gables is updated here, I think it really captures the feelings I had when I read it for the first time.  Parents:  this one is pretty safe for younger teens 14 and up. There are a few kisses, some language, bullying issues and alcohol/drug abuse. 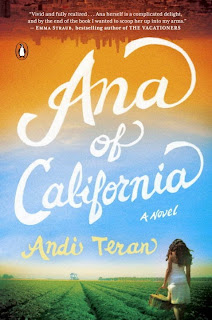 Follow the Ana of California by Andi Teran Blog Tour and don’t miss anything! Click on the banner to see the tour schedule.

Andi Teran is a writer and performer originally from the deserts of West Texas. She has written about fashion, film, and culture for Vanity Fair, MTV, New York, and Monocle, as well as written and performed for various New York stages. She lives in Los Angeles. Ana of California is her first novel. 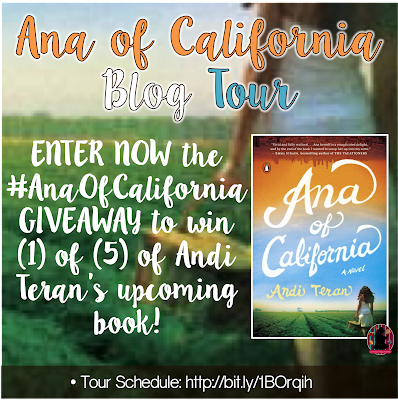