The start of the school year is not going as the Fletcher brothers hoped. Each boy finds his plans for success veering off in unexpected and sometimes diastrous directions. And at home, their miserable new neighbor complains about everything. As the year continues, the boys learn the hard and often hilarious lesson that sometimes what you least expect is what you come to care about the most. 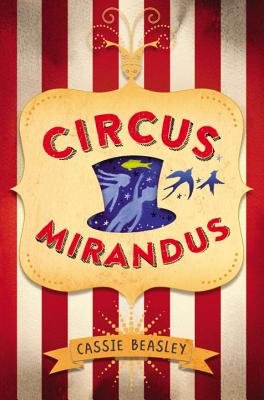 Fans of Big Fish, Peter Pan, and Roald Dahl will fall in love with Circus Mirandus, which celebrates the power of seeing magic in the world.

Do you believe in magic?
Micah Tuttle does.

Even though his awful Great-Aunt Gertrudis doesn’t approve, Micah believes in the stories his dying Grandpa Ephraim tells him of the magical Circus Mirandus: the invisible tiger guarding the gates, the beautiful flying birdwoman, and the magician more powerful than any other—the Man Who Bends Light. Finally, Grandpa Ephraim offers proof. The Circus is real. And the Lightbender owes Ephraim a miracle. With his friend Jenny Mendoza in tow, Micah sets out to find the Circus and the man he believes will save his grandfather.

The only problem is, the Lightbender doesn’t want to keep his promise. And now it’s up to Micah to get the miracle he came for. 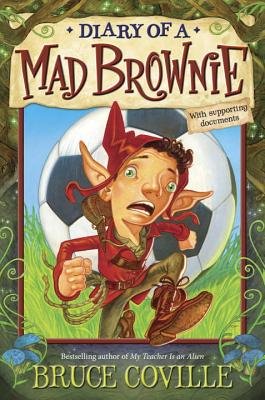 Introducing The Enchanted Files! Told in diary entries and other “documents,” this magical, modern-day new comedy series by the master of funny fantasy, Bruce Coville is filled with laugh-out-loud humor and heart.

In the first hilarious Enchanted Files, Angus is a brownie. No, not the kind you eat! He’s a tiny magical creature that loves to do chores. Angus has just “inherited” a new human girl, Alex. To say that Alex is messy would be an understatement. She’s a total hurricane-like disaster—and she likes it that way, thankyouverymuch! Living with each other isn’t easy but Angus and Alex soon learn there is a curse that binds them. What’s worse, it threatens Alex’s family! Working together, Angus and Alex will set out to break the curse . . . without killing each other first . . . hopefully. 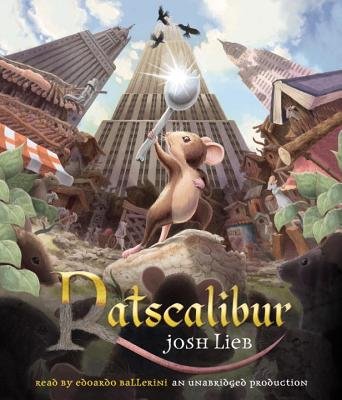 The New York Times bestselling author of I Am A Genius of Unspeakable Evil and I Want to Be Your Class Presidentreinvents the Excalibur legend—with rats!

When Joey is bitten by an elderly rat, he goes from aspiring seventh-grader to three-inch tall rodent.

At first, Joey is amazed by his new rat self. The city streets call to him at night. Smells that would have repelled him before are suddenly tantalizing. (A chicken bone? Yes! A squashed cockroach? Like perfume!) And wow, the freedom! But when a bout of hunger leads Joey to pull the spork from the scone, he finds himself at the center of a longtime rat prophecy.

Joey has unwittingly unlocked the sword Ratscalibur; and now, it is up to him to protect his new rat friends from the evil crows who seek to destroy their peaceful kingdom. But what does an eleven-year-old know about actual swordplay? And what happens when Joey no longer wants to be a rat? 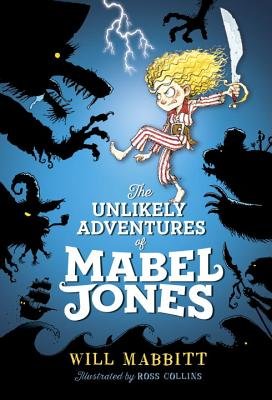 By: Will Mabbitt
Narrator: Toby Jones

Kidnapped, Mabel is forced to serve aboard The Feroshus Maggot with the strangest crew you’ll ever meet. And the captain—an odious wolf named Idryss Ebenezer Split—won’t let her go until she helps the pirates uncover the treasure they seek.

Mabel’s voyage takes her across the Greasy Pole of Certain Death, into the belly of a whale, and underground to a decrepit crypt. And she does it all…in pajamas!

Read on if you dare. You are promised a most unlikely adventure.

Be sure to check out

**Giveaway Ends 8.24.15 and open to all who can legally enter.
US only – must be over 13 or have your parents permission to enter.
An email will be sent and you have 48 hours to reply or a new winner will be chosen.
Winner will be announced within 48 hours at the end of the giveaway. Giveaway is organized by Bookhounds and sponsored by the publisher
It has no affiliation with Facebook, Twitter or any other entitiy.
Void where prohibited.**