Newbery Honor–winning author Gennifer Choldenko deftly combines humor, tragedy, fascinating historical detail, and a medical mystery in this exuberant new novel.   San Francisco, 1900. The Gilded Age. A fantastic time to be alive for lots of people . . . but not thirteen-year-old Lizzie Kennedy, stuck at Miss Barstow’s snobby school for girls. Lizzie’s secret passion is science, an unsuitable subject for finishing-school girls. Lizzie lives to go on house calls with her physician father. On those visits to his patients, she discovers a hidden dark side of the city—a side that’s full of secrets, rats, and rumors of the plague.   The newspapers, her powerful uncle, and her beloved papa all deny that the plague has reached San Francisco. So why is the heart of the city under quarantine? Why are angry mobs trying to burn Chinatown to the ground? Why is Noah, the Chinese cook’s son, suddenly making Lizzie question everything she has known to be true? Ignoring the rules of race and class, Lizzie and Noah must put the pieces together in a heart-stopping race to save the people they love.

Lizzie Kennedy has enormous plans for a thirteen year old in 1900’s San Fransisco, to be a doctor just like her father.  Her brother, Billy, has no plans to go into the family business and instead is earning money any way he can to buy a motor car.  While living next door to her aunt and uncle, The Sweetings, of sugar and publishing fortunes, she tries to hide from her aunt Hortense. Hortense is intent on making a lady out of her and sending her to a girl’s finishing school is not the idea of a perfect life.  Jing, the Chinese cook, hired by her mother, helps guide her and is someone she truly can count on at all time.  When Jing is stuck behind a quarantine in Chinatown, she is beside herself and goes to great lengths to get him back home.

At home, Lizzie discovers Jing has a secret and when she meets his son, Noah, hiding in his room, she tries to help him hide there since he can’t go home to Chinatown.  The relationship between these two is what really lets Lizzie blossom.  Noah convinces her to make a friend at school and this starts a wonderful friendship between Gemma and her brother Gus.  They are perfect foils to Lizzie’s adventures as she tries to free Jing from the quarantine.  There is also a bit of a budding romance between Gus and Lizzie and there would be another one with Noah, except for the prejudice of the Chinese during this time period.

This story combined a bit of a medical mystery with some social commentary on race and gender relations mixed in with a bit of first romance.  Lizzie a first class heroine that doesn’t take no for an answer, even when she is in grave danger.  Her selfless thoughts and actions sometimes turn out to be selfish and immature, but she learns from her mistakes and grows into a better person because of them.  I wish I had a book like this when I was a kid since it reminded me a bit of my favorite Laura Ingalls Wilder books.  Parents:  some fighting, one kiss on the cheek and I would recommend this to most middle graders and above. How did a girl named Snot-Nose end up publishing children’s books?

I am the youngest of four kids, all of whom have big mouths. We were so loud, that once a lady asked my brother if our mother was deaf.

The only sibling who did not have the trademark Johnson big mouth was my sister, Gina, who had Autism. My parents worked very hard to try to figure out how to help Gina, but being the parent of a child with severe Autism is like riding a unicycle in an earthquake.

Since I was the youngest, I spent a lot of time by myself making up words, stories, songs and jokes (known as Gennifer Jokes) none of which made a lot of sense. Luckily, I kept most of these strange imaginings to myself.

After graduating from Brandeis University with a degree in English, I went to work writing advertising. I spent my days trying to convince people to take out a second mortgage or upgrade their printer or buy death and dismemberment insurance. I wrote copy for seven years until all of my words began to sound like the work of a big mouth twelve year old. At which point I went to Art School. With a second degree from Rhode Island School of Design I was supposed to get my portfolio together, but instead I wrote my first novel. (I do my best work when I’m supposed to be doing something else.) And that was the beginning. I have been a twelve year old for twenty years now. I have no plans to turn thirteen.

A year ago we moved from a four-bedroom house with an office to a teeny tiny duplex with one bathroom. I have a sixteen-year-old daughter, who spends a small fortune on hair products and a half-life in the bathroom. There have been times in which my husband has resorted to peeing in the yard. I’m grateful he has not been arrested for indecent exposure. Answer: remodel. Add space. Virginia Woolf was right. I ache for a room of my own.

In a few weeks we will be breaking ground on our remodel, and during the first six weeks of demolition we will be living in one motel room—the only place we could find that will take one large German shepherd, one husband, one daughter, and me. I’m hoping this will explain the state of my car and my nightstand, which are both so full of books I could become my own lending library. Here are a few of the titles in one of my toppling stacks. God Help the Child by Toni Morrison, The Poisoner’s Handbook by Deborah Blum (in case my husband gets out of line.), Swimming with Maya by Eleanor Vincent, Snake Oil by Jim Rose, The Smell of Other People’s Houses by Bonnie-Sue Hitchcock, Fuzzy Mud by Louis Sachar, The Member of the Wedding by Carson McCullers, Challenger Deep by Neal Shusterman, Someday This Pain Will Be Useful to You by Peter Cameron.

In June I got to do an event with Louis Sachar. I was supposed to be promoting my new novel, Chasing Secrets, at this American Library Association luncheon, but all I could do was follow the poor man around, pestering him with questions about his books and his process. I had never met him before, and I have to say he is charming, unassuming, and oh so kind. I believe Holes is one of the five best middle-grade novels ever written and Louis Sachar is a national treasure. Even so, I might have gone a bit overboard with my fangirling. At one point his editor had to beat me off with a stick. “Hey,” she said, “aren’t you supposed to be talking about your books?”

Cruelty. White cops who think its okay to jump young black girls in bathing suits. Dentists from Minneapolis who shoot big game for fun. People who ridicule young gay or transsexual kids. The list goes on and on.

Google has a very long memory. Photos of me when I was, what shall I say, younger? Prettier? Before I became a shriveled turnip? Yes, all of that. They pop up first on Google. And schools print them out and plaster them all over the library and the multipurpose room. Then I travel to Missouri for a week of school visits. I live on the West Coast: PST. School visits inevitably require a seven a.m. start time EST. And so I drag myself out of bed at three a.m. PST and Visine my red eyes and try my best to caffeinate myself into coherence. And then I show up and the kids say . . . who are you?

I obsessively plot out each point and go with the flow. It’s just like me to do everything. If one is good, 414 is better. I wear out my husband, my daughter, my son, my editor. Everybody. But here’s how I see it: Outlining is the warm up. It gets my brain cells firing. The true work happens in the flow.

WANT TO WIN A COPY ?

Giveaway Ends 9.3.15 and open to all who can legally enter.
US only -Sorry no PO Boxes
You must be over 13 or have your parents permission to enter.
An email will be sent and you have 48 hours to reply or a new winner will be chosen.
Winner will be announced within 48 hours at the end of the giveaway. Giveaway is organized by Bookhounds and sponsored by the publisher
It has no affiliation with Facebook, Twitter or any other entitiy.
Void where prohibited. 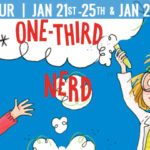