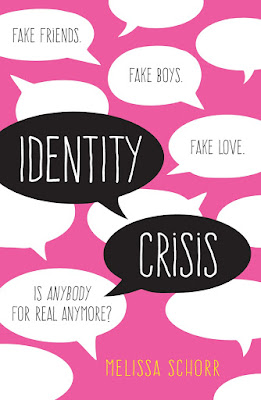 Identity Crisis
by Melissa Schorr
Publisher: Merit Press
Release Date: January 18th 2016
Genre: Young Adult, Contemporary
Synopsis:
When curvaceous Annalise Bradley’s scandalous freshman year hookup sparks the anger of her female classmates, three of them decide to get her back by “catfishing” her, creating a fake online profile of the perfect boy to toy with her affections.
Against her better nature, introverted Noelle Spiers, goes along with her friends’ plan, hoping to distract Annalise from dreamy Cooper Franklin, her lifelong crush who has fallen for Annalise instead.
As Annalise discovers she is being played and seeks revenge, Noelle increasingly regrets her role in the cruel hoax and tries to salvage their relationship. Thanks for hosting me today! I do have a tidy little pile of books on my nightstand — see attached pic! Here’s what on it:

Harry Potter and the Half-Blood Prince (Book 6): My 10-year-old daughter and I are slowwwwwly making our way through the entire series (her pace, not mine!), and I’ve been suckered into promising her a trip to Universal’s Wizarding World of Harry Potter when we finish. Sometimes we read aloud from this very dog-eared old copy; sometimes we listen on audio to enjoy the charming British accents.

Backlash by Sarah Darer Littman: When I heard that Sarah had a book coming out that also dealt with catfishing and cyberbullying like IDENTITY CRISIS, I wasn’t surprised, because she is an author that I love that just often seems on my wavelength. I held off reading her version until mine was shipped to the printer, so there was no way it would influence me, (consciously or subconsciously). Now that I’ve gotten to read it, the story is, of course, fabulous and intense, and such a different but important, take on the same issue.

The Rise and Fall of a Theater Geek by Seth Rudetsky and Jack & Louisa: Act 1 by Keenan-Bolger/Wetherhead. I admit it: I’m a closet musical theater geek, and picked up this copy onboard “The Broadway Cruise,” a cruise ship vacation where Rudetsky and other pros coached us clumsy amateurs through Broadway-style production numbers. I especially loved this middle grade tale of Jack, a child star who loses his gig on Broadway when —puberty tragedy strikes! — his voice changes.

Before I Fall By Lauren Oliver. Because a personal recommendations always trumps all. This book was passed along to me by my friend and critique partner, Bounders author Monica Tesler, so as soon as the smoke clears around here, I can’t wait to dive in.

The Handmaid’s Tale by Margaret Atwood. If you haven’t ever read this dystopian feminist classic, what are you waiting for? This should be required reading for every female born in America. As you can see by the fraying spine, I first devoured it (ahem) decades ago, and I remember it scaring the willies out of me then. I’ve been toying with the idea of updating it in some way for teen readers. It’s definitely serving as the inspiration for my next YA novel. 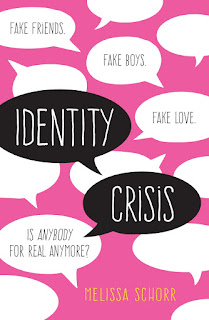 Follow the Identity Crisis by Melissa Schorr Blog Tour and don’t miss anything! Click on the banner to see the tour schedule. 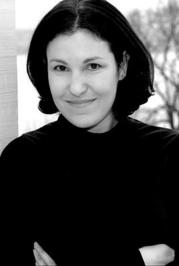 Melissa Schorr is the YA author of GOY CRAZY (Hyperion 2006) and IDENTITY CRISIS (forthcoming, Merit Press 2016), and a contributor to the YA anthology DEAR BULLY.
She is currently a contributing writer/editor to the Boston Globe Sunday Magazine. Her freelance work has appeared in numerous publications, including GQ, People, Self, San Francisco magazine, and The Wall Street Journal.

Melissa currently lives in Boston with her husband, her daughters, and her dog, Bailey. 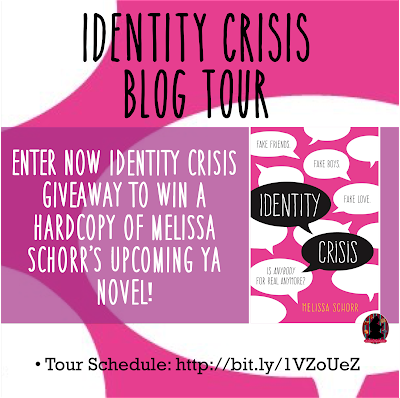 US Only
a Rafflecopter giveaway