BEING JAZZ was a highlight of BEA 2016 and one of the most talked about books available there:

Teen transgender rights advocate Jazz Jennings, author of the forthcoming BEING JAZZ: My Life as a (Transgender) Teen (on sale June 7, 2016), has been named the latest author ambassador for the newly relaunched Read Proud Listen Proud. Read Proud Listen Proud was introduced in June 2015 as an online resource for kids and teens, as well as their parents, teachers and librarians, to find LGBTQ literature that encourages understanding and acceptance, celebrating everyone for who they are through the power of storytelling.

The site now features fresh content, including an interview with Jennings filmed while she was in the recording studio narrating BEING JAZZ and additional title recommendations. I hope you will check it out and consider sharing or covering the site, Jazz’s video, or some of our recent LGBTQ reading and listening recommendations, in addition to BEING JAZZ: Her new book, BEING JAZZ: My Life as a (Transgender) Teen, goes on sale June 7

Jennings is a role model for fellow LGBTQ teens, speaking out for equality and acceptance via her groundbreaking TV series, I Am Jazz (the second season premieres on TLC June 8), TransKids Purple Rainbow Foundation, picture book I Am Jazz, and memoir Being Jazz: My Life as a (Transgender) Teen. Time named Jennings one of the most influential teens of 2014 and 2015, and I Am Jazz was recently recognized alongside I Am Cait as Outstanding Reality Program at the 2016 GLAAD Media Awards.

Read Proud Listen Proud, a joint effort by Listening Library, Penguin Young Readers and Random House Children’s Books, is an online resource designed to spark discussion in the classroom and at home and to encourage understanding through storytelling, celebrating everyone for who they are.

“Read Proud Listen Proud represents the LGBTQ community by celebrating the power of literature and can help people better understand how to accept LGBTQ individuals for who they are,” says Jennings. “When I was younger and transitioning, I would have loved to have a book like Being Jazz to let me know that I wasn’t alone in the process.”

Read Proud Listen Proud was inspired by the work of the We Need Diverse Books movement. Since its launch in June 2015, Read Proud Listen Proud has received an enthusiastic response from the publishing community, educators, and librarians and was nominated for an Excellence in Marketing Award by the Audio Publishers Association.

Jazz Jennings is a trans girl, YouTube celebrity, spokesmodel, activist, and co-author of the picture book I Am Jazz. She has a docu-series about her life also called I Am Jazz on TLC, which started airing in July 2015. She was named to Time’s “Most Influential Teens” list two years in a row, was one of Huffington Post’s “14 Most Fearless Teens,” and was the youngest person ever featured on Out’s “Out100,” as well as on Advocate’s “40 Under 40” list. In 2014, she was named a Human Rights Campaign Youth Ambassador and received LogoTV’s Youth Trailblazer Award. Jazz also hosts a series of videos about her life on YouTube and is one of the faces of Clean & Clear. You can follow her on Facebook, on Instagram, and on Twitter at @jazzjennings__, or subscribe to her YouTube channel. 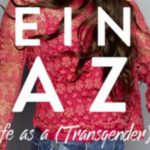