At the end of Dark Tide, Book 3 in the Waterfire Saga, Astrid leaves her mermaid friends to confront her ancestor, Orfeo, the evil force behind the rise of the monster Abbadon. Orfeo possesses one of the six talismans that the merls need in order to keep the monster locked up forever. But without the ability to songcast, how will Astrid be able to defeat the most powerful mage in history?

Meanwhile, Serafina and her Black Fins train goblin troops for battle against her uncle Vallerio’s death riders. Will Sera ever see her beloved home—and her beloved Mahdi—again, or will the Volneros take over the mer realms while Orfeo takes on the gods themselves? Nothing less than the fate of the underwater world is at stake in this breathtaking finale. Jennifer Donnelly is an award-winning author of both adult and young adult books, including Deep Blue, Rogue Wave, and Dark Tide, the first three books in the Waterfire Saga. For adults she has written a trilogy of best-selling books that includes The Tea Rose, The Winter Rose, and The Wild Rose. Her first young adult novel, A Northern Light, received many accolades, among them the Los Angeles Times Book Prize, a Carnegie Medal in the UK, and a Michael L. Printz Honor. Her second young adult novel, Revolution, was named a Best Book of 2010 by Kirkus Reviews and School Library Journal, and the audiobook received a 2011 American Library Association Odyssey Honor. She lives in New York’s Hudson Valley. For more information, visit www.jenniferdonnelly.com.

Want to win a prize pack? A Special thanks to Disney Hyperion for sponsoring this giveaway!

**Giveaway Ends 6.19.16 and open to all who can legally enter.
US only – must be over 18 or have your parents permission to enter.
An email will be sent and you have 48 hours to reply or a new winner will be chosen.
Winner will be announced within 48 hours at the end of the giveaway.
Giveaway is organized by Bookhounds and sponsored by the publisher
It has no affiliation with Facebook, Twitter or any other entitiy.
Void where prohibited.**
Not Responsible for lost, stolen or misdirected prizes. 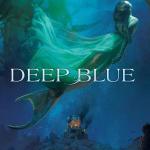