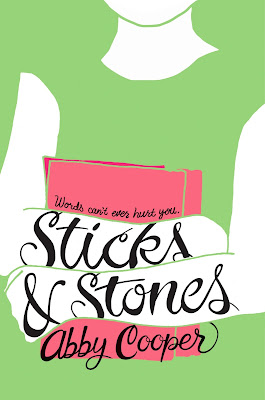 Ever since she was a baby, the words people use to describe Elyse have instantly appeared on her arms and legs. At first it was just “cute” and “adorable,” but as she’s gotten older and kids have gotten meaner, words like “loser” and “pathetic” appear, and those words bubble up and itch. And then there are words like “interesting,” which she’s not really sure how to feel about. Now, at age twelve, she’s starting middle school, and just when her friends who used to accept and protect her are drifting away, she receives an anonymous note saying “I know who you are, and I know what you’re dealing with. I want to help.” As Elyse works to solve the mystery of who is sending her these notes, she also finds new ways to accept who she is and to become her best self.

Did your students inspire you to write this story?

This shouldn’t come as a surprise to anyone, but in case you haven’t heard: kids are inspiring. Amazing. Smart. Powerful. And about a million more words that, if they showed up on their skin, would be full of positivity and admiration.

It’s because of kids that STICKS & STONES exists in the first place. I had always wanted to write a book, but instead of writing it, I made a whole bunch of excuses as to why I couldn’t. That’s another great thing about kids – they can see right through all that. With an eye roll and a knowing smile, they can convince you to take a serious look at yourself and finally try to accomplish the goal you’d always considered impossible.

Of course, it took a little more than an eye roll and a smile. Before that, it took the publication of a book called WONDER by R.J. Palacio.

My students couldn’t get enough of the book, and neither could I. It was masterfully written; it encouraged empathy and reflection, and it kept students engaged and entertained while simultaneously tackling serious issues. The requests from my students poured in faster and faster. Were there more books like Wonder? Could I get some? Could I write one?

I laughed that question off at first, but then I gave it some real thought. Could I write one?

Well, I didn’t know. But if I didn’t try, then I would really never know, and what kind of role model would I be then? What kind of role model was I as it was? Besides how to use the online library catalog and the Dewey decimal system, was I also teaching my students to be open about big dreams – and then laugh them off like they meant nothing?

So I started in on my big dream. Finally. I wrote a word, then another one, then a few more. I used Wonder as a starting point – I knew I wanted to write about a character who felt different than everyone else, but I knew I wanted to make that character and that story my own.

As I wrote, I realized I knew much more about my students than their taste in books. As I wrote scenes where Elyse, my main character, is increasingly hard on herself, I thought of students who didn’t check out certain books because they deemed themselves “too dumb.” I thought of the students who sat alone in the corner, of the students who tried a little too hard to make the others laugh, of the students who made fun of themselves and claimed they were joking but so clearly weren’t. My inspiring, amazing, smart, powerful students were truly all of those things – but they didn’t always see those qualities in themselves. As my story progressed, it became more focused on themes of self-esteem, of recognizing the goodness and strength in yourself despite any obstacles or setbacks that come your way. My students were so wonderful to encourage me to finally write a book. They inspired me in countless ways that year. I hope with STICKS & STONES, I’ve inspired them back. 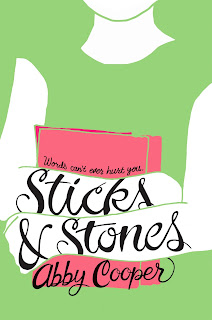 Follow the Sticks & Stones by Abby Cooper Blog Tour and don’t miss anything! Click on the banner to see the tour schedule. 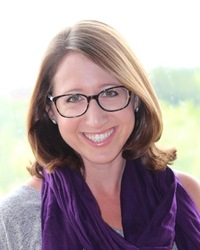 Abby Cooper lives in Minnesota with her miniature poodle, Louis, and a whole bunch of books. A former teacher and school librarian, her favorite things in the world (besides writing) are getting and giving book recommendations and sharing her love of reading with others. In her spare time, she likes eating cupcakes, running along the Mississippi River, and watching a lot of bad reality TV. 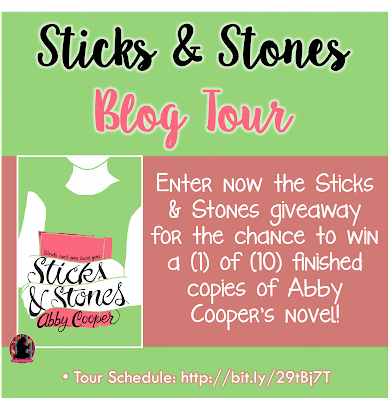 US Only Giveaway | Rules & Conditions on the rafflecopter
a Rafflecopter giveaway