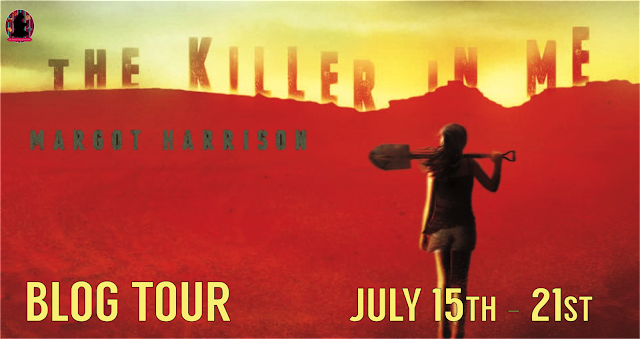 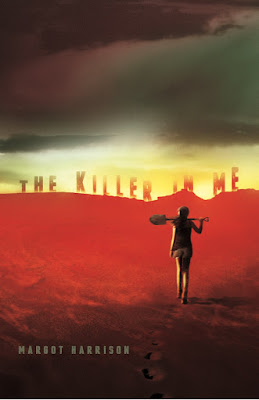 The Killer in Me
by Margot Harrison
Publisher: Disney-Hyperion
Release Date: July 12th 2016

Synopsis:
Hasn’t he lived long enough? Why not? I could take him like a thief in the night.
This is how the Thief thinks. He serves death, the vacuum, the unknown. He’s always waiting. Always there.
Seventeen-year-old Nina Barrows knows all about the Thief. She’s intimately familiar with his hunting methods: how he stalks and kills at random, how he disposes of his victims’ bodies in an abandoned mine in the deepest, most desolate part of a desert.
Now, for the first time, Nina has the chance to do something about the serial killer that no one else knows exists. With the help of her former best friend, Warren, she tracks the Thief two thousand miles, to his home turf—the deserts of New Mexico.

But the man she meets there seems nothing like the brutal sociopath with whom she’s had a disturbing connection her whole life. To anyone else, Dylan Shadwell is exactly what he appears to be: a young veteran committed to his girlfriend and her young daughter. As Nina spends more time with him, she begins to doubt the truth she once held as certain: Dylan Shadwell is the Thief. She even starts to wonder . . . what if there is no Thief?

A travel alarm clock I bought in the last century that still works. (I have NEVER put a battery in it. I think it’s bespelled.) A copy of Taking It All In by Pauline Kael, because when I can’t sleep, reading old movie reviews seems to help. A spray bottle that I occasionally use to scare cats out from under the bed so they can take their trip to the vet.

Patrick Ness, because I love the Chaos Walking trilogy; it just electrified me from the first page and showed me how far out there YA can be. I would fangirl Nova Ren Suma, too, because I love her creepy, hypnotic writing style, and it’s been an influence on me. I love how you can’t always be sure what’s real in her books.

Cantaloupe (no idea why!). Huge crowds. The shouty kind of talk radio. People who talk without listening. Seeing “lay” in a printed book when the correct word is “lie” (because I’m an editor who gets bothered by that kind of silly stuff).

I used to go with the flow, but I’ve been forcing myself to plot and outline. When I start something, I do go with the flow for about thirty pages, just to see if I like this story and these characters. If I do, I’ll try to outline all the way to the end. I have a 700-page novel in a trunk that demonstrates the dangers of writing with absolutely no idea where you’re heading. I still always reserve the right to change things as I go, if it turns out the plan just doesn’t work or the characters want to take a different path.

When I read my ARC looking for errors, I discovered that apparently I really love the words “dart” and “glare,” because I overused them. I think I particularly love “glare” because it can describe both a bright light and a character beat, and it has this cool, clean sound. So—surprise!—the working title of my current work-in-progress is The Glare. We’ll see if that lasts, but something called “the glare” is an important concept in the book. 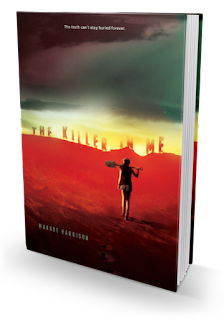 Follow the The Killer In Me by Margot Harrison Blog Tour and don’t miss anything! Click on the banner to see the tour schedule. 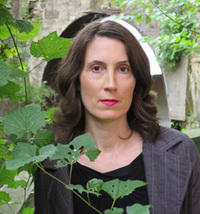 I was raised in the wilds of New York by lovely, nonviolent parents who somehow never managed to prevent me from staying up late to read scary books. I now work at an alt-weekly newspaper in Vermont, where my favorite part of the job is, of course, reviewing scary books and movies. The Killer in Me is my first novel. 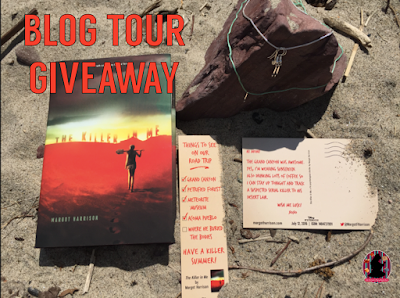