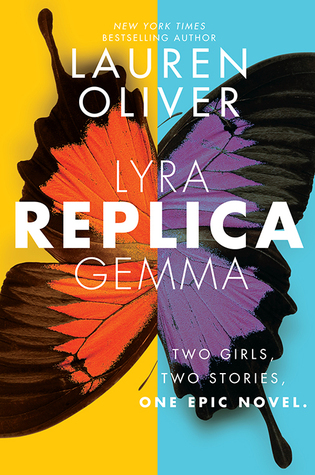 Gemma has been in and out of hospitals since she was born. 'A sickly child', her lonely life to date has revolved around her home, school and one best friend, Alice. But when she discovers her father's connection to the top secret Haven research facility, currently hitting the headlines and under siege by religious fanatics, Gemma decides to leave the sanctuary she's always known to find the institute and determine what is going on there and why her father's name seems inextricably linked to it.
Amidst the frenzy outside the institute's walls, Lyra - or number 24 as she is known as at Haven - and a fellow experimental subject known only as 72, manage to escape. Encountering a world they never knew existed outside the walls of their secluded upbringing , they meet Gemma and, as they try to understand Haven's purpose together, they uncover some earth-shattering secrets that will change the lives of both girls forever...

Gemma’s parents really don’t communicate anymore but are overly protective of her because she had several illnesses as a child and is now overweight with only one real best friend, April.    Her father is mostly absent with a high-powered career at a drug company and her mother might as well be with her pharmaceutical habits that keep her mostly calm.  She finally decides that she needs to get away and really look into her father’s relationship with a notorious company called Haven that is involved in all sorts of scandal.  Traveling to Florida to stay with April and her grandparents over spring break, she gets a ride with Pete who is smart and funny.  Gemma doesn’t really see much in him and can’t because why would he be interested in a girl like her?

Lyra is the opposite of Gemma’s coin and has been raised a replica (clone), and used for drug studies at the Haven Institute.  She has very little human interaction and one of the doctors that did show compassion for the test subjects was fired for being too friendly.  Several people that work at the institute just vanish.  The stories combine when Gemma and Jake (his dad ran a conspiracy theory website that tried to expose Haven), make their way to the compound and find a dead girl that looks just like Gemma.  Lyra and a replicant boy end up escaping with Jake and Gemma back to April’s house.  The story becomes a race against time as they all try to figure out what happened when Haven exploded.

I read these books separately, but I would recommend that getting the ebook so you can flip between the alternating chapters to get the full impact of the book.  I read Lyra’s story first which in the long run, worked out best for me.  That story was full of whole and it was filled in by Gemma. Since Gemma’s story is much richer, you would miss the little things about Lyra that make more sense reading Gemma;s first.  In other words:  Gemma giveaway away Lyra’s ending somewhat.  The book ends in a mild cliffhanger and I am glad to see that there is another book on the way to finish out this story.  I really want to know what happens to these girls. Lauren Oliver is the cofounder of content development company Paper Lantern Lit. She is also the New York Times bestselling author of the YA novels Replica, Vanishing Girls, Panic, and the Delirium trilogy: Delirium, Pandemonium, and Requiem, which have been translated into more than thirty languages. The film rights to both Replica and Lauren’s bestselling first novel, Before I Fall, were acquired by AwesomenessTV; a major motion picture adaptation of Before I Fall was announced by Open Road Films in 2016. Her novels for middle grade readers include The Spindlers, Liesl & Po, and the Curiosity House series, co-written with H. C. Chester. She has written one novel for adults, Rooms.

A graduate of the University of Chicago and NYU’s MFA program, Lauren Oliver divides her time between New York, Connecticut, and a variety of airport lounges. You can visit her online at www.laurenoliverbooks.com

Want to win my ARC?

**Giveaway Ends 10.6.16 and open to all who can legally enter.
Open to residents of the US Only
Must be over 18 or have your parents permission to enter.
An email will be sent and you have 48 hours to reply or a new winner will be chosen.
Winner will be announced within 48 hours at the end of the giveaway.
Giveaway is organized by Bookhounds and sponsored by BookHounds
It has no affiliation with Facebook, Twitter or any other entity.
Void where prohibited.**
Not Responsible for lost, stolen or misdirected prizes.
a Rafflecopter giveaway 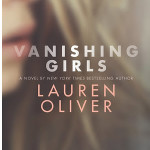