For readers of Sarah J. Maas and of Marie Lu’s Legend trilogy comes Disruptor, the sequel to Traveler and the thrilling conclusion to the Seeker series.

“Readers of the first two volumes will find their long-awaited conclusion here, and Dayton will have found fans for life.” –Booklist
Quin has spent her life as her father’s pawn. She was trained to kill and manipulated to guarantee her family’s power. And now that she’s broken free of that life, she’s found herself trapped again, hostage to a plot that has been centuries in the making.
It’s taken generations for the pieces to come together, and finally all is in place. Her best friend Shinobu’s mind has been corrupted, the Young Dread has aligned with her enemy John, and the bloodthirsty Watchers are being awakened and gathered. Now there is nothing that can stop the force of time.
But Quin will no longer be a pawn. She’s a Seeker, who stands for light in a shadowy world. She will face the vengeance of the past and its enemies and save herself and the ones she loves, or she will die trying. “Katniss and Triss would approve.” –TeenVogue.com

“In this powerful beginning to a complex family saga…Dayton excels at creating memorable characters.” –Publishers Weekly

In the Seeker series, a teenage girl called Quin has spent most of her life training for what she believes is a noble purpose, only to discover that her family is turning her into an assassin instead.

Quin has grown up in the remote Scotland Highlands, where she and two boys her age—one her oldest friend, and one her boyfriend—have spent years preparing to inherit two ancient artifacts, which have been handed down in their families for hundreds of years. These artifacts allow them to do astonishing things, including appearing and disappearing from anywhere in the world. Quin expects to inherit this power for noble purposes, but her father intends to use her as an assassin, plain and simple.

“Both past and present choices shook me to the core, and the final pages left me trembling . . . and then internally cursing that I’ll have to wait until 2017 for a final resolution!” –Fanboy Comics

The story is set in the near future, in a world where the hooded cloaks of Seekers and ancient Scottish ruins live comfortably next to futuristic airships and advanced medical techniques. It’s into this world that we watch Quin try to escape when she discovers the fate that’s waiting for her. And it is in this world that Quin is followed, helped, betrayed and abandoned by those she trusted the most. ARWEN ELYS DAYTON is the author of the Seeker series: Seeker, Traveler, Disruptor, and the e-novella The Young Dread. She spends months doing research for her stories. Her explorations have taken her around the world to places like the Great Pyramid at Giza, Hong Kong and its many islands, and lots of ruined castles in Scotland. Arwen lives with her husband and three children on the West Coast of the United States. You can visit her and learn more about the Seeker series at arwendayton.com and follow @arwenelysdayton on Twitter and Instagram.

I am so in love with this desk and the wonderful description from Awen!  OMGosh – it is spectacular. What is on your desk?

Check Out the Rest of the Tour!

Giveaway Ends 3.5.17 and open to all who can legally enter.
Open to residents of the US
Must be over 18 or have your parents permission to enter.
An email will be sent and you have 48 hours to reply or a new winner will be chosen.
The Winner will be announced within 48 hours at the end of the giveaway.
Giveaway is organized by Bookhounds and sponsored by the Publisher (email Bookhounds@hotmail to verify if you won!)
It has no affiliation with Facebook, Twitter or any other entity.
Void where prohibited.
Not Responsible for lost, stolen or misdirected prizes. 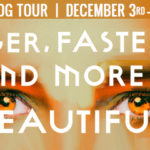 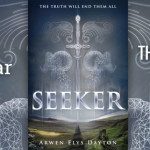