Tyler Bennett trusts no one. Just another foster kid bounced from home to home, he’s learned that lesson the hard way. Cue world’s tiniest violin. But when strange things start happening—waking up with bloody knuckles and no memory of the night before or the burner phone he can’t let out of his sight— Tyler starts to wonder if he can even trust himself.

Even stranger, the girl he’s falling for has a burner phone just like his. Finding out what’s really happening only leads to more questions…questions that could get them both killed. It’s not like someone’s kidnapping teens lost in the system and brainwashing them to be assassins or anything, right? And what happens to rogue assets who defy control?

In a race against the clock, they’ll have to uncover the truth behind Project Pandora and take it down—before they’re reactivated. Good thing the program spent millions training them to kick ass… Aden Polydoros grew up in Long Grove, Illinois, the youngest of three children. Aden’s family moved to Arizona when he was in second grade. As a kid, he spent much of his time exploring the desert near his home. When he wasn’t searching for snakes and lizards, he was raiding the bookshelves of the local library. As a teenager, Aden decided that he wanted to be a writer. He spent his free time writing short stories. He was encouraged by his English teacher to try his hand at writing a novel, which inspired him to begin PROJECT PANDORA. The YA thriller is set for publication with Entangled Publishing in Summer of 2017. He is represented by Mallory Brown of Triada US. Almost all of my stories take place in the real world, or one that is strongly inspired by actual locations. Project Pandora is set in present-day Washington DC. Although I only visited the District once before writing the book, I researched the setting extensively.

To balance out the unrealistic aspects of my novel, I try to be very thorough with my world building. In this case, I didn’t have to build an entirely new world—I simply had to immerse myself in everything I could find about Washington D.C.

The first thing I did was make a list of things that would need to be researched or detailed. This included:

Some of it was easy. I didn’t have to research anything for Halloween, for instance, and I found out about the Orionids while researching the moon phases. Really, I only reference the Orionids once in the book, but I believe that adding small details like that helps ground the reader and adds to the authenticity of the novel.

Other parts were more complicated. For instance, I couldn’t recall what D.C. looked like. My idea of a big city was Phoenix, which has a different atmosphere than D.C. and different architecture. So, I used Google’s Street View feature to research the exact locations where I wanted the story to take place. I would drop down in Adams Morgan or Georgetown and study the areas, taking notes about what I saw. This helped me gain a good understanding of the city’s layout without actually going there.

Another problem was that I had never been inside a row house. I knew what one looked like from the outside, but I did not know how it was set up on the inside or how the rooms were arranged. As a result, I devoted a couple hours to researching East Coast row houses and visiting real estate sites. I did the same while trying to work out the layout of the Georgetown safe house where Zeus, the Project’s overseer, is based.

Setting isn’t the only thing I try to keep realistic. I also take care in fleshing out other plot-based details. When I first started working on the novel, I researched mind control experiments at length. I knew that sensory deprivation had played a role in some of the experiments, but the methods used during those times were now obsolete. At first I played with the idea of using something along the same lines as the Ganzfeld experiment, before deciding that a sensory deprivation tank would be more interesting and modern. This, in turn, sent me down a whole other rabbit hole.

There are so many sources online now, it isn’t difficult finding out about different subjects for world building. I visited sites advertising floatation therapy and watched the videos of people floating in the tanks. I probably spent a good hour researching sensory deprivation tanks, even though they only play a small part in the story itself. Another several hours was spent researching the psychological effects of sensory deprivation, electroconvulsive therapy, and psychotropic drugs.

Even after devoting so much time to detailing the world in Project Pandora, I am still undecided if it is easier or more difficult to write about the real world than to create one. With a YA novel I’m currently working on, it takes place in its own world with its own unique set of rules. I would have to say that world-building a high fantasy definitely involves more imagination than structuring a modern story, but perhaps not more work.

Either way, you have to find some enjoyment in building your world or it will show in your writing. If you find that your setting is boring you to bits or that the effort of researching it is too much, find another setting for your story to take place in. You cannot expect your readers to be immersed in the story’s worlds if you are not either. 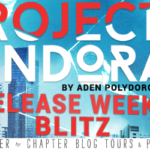