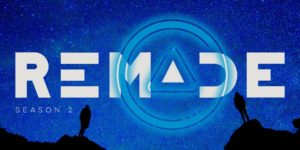 Serial fiction startup Serial Box has been featured from coast to coast including stories on NPR, Wired, BuzzFeed and i09. Serial Box was called “a godsend for a niche market of readers” by The Chicago Tribune.

ReMade is one of Serial Box’s first attempts at YA dystopian fiction, and it’s already making splashes.

In one moment the lives of twenty-three teenagers are forever changed, and it’s not just because they all happen to die. “ReMade” in a world they barely recognize – one with robots, space elevators, and unchecked jungle – they must work together to survive. They came from different places, backgrounds, and families, and now they might be the last people on earth. Lost meets The Maze Runner in exciting serial adventure. Season 2 finds the ReMades in search of the last of humanity on a perilous journey away from what’s left of the caretakers and Arcadia.

In true Serial Box fashion of trying to cross over many mediums, season 1 of ReMade has also been turned into a podcast available for free on all major podcast platforms (and one week early on TuneIn’s First Play program). The release of the podcast is meant to coincide with season 2. The podcast will release the final episode of season 1 on the same day as episode 1 of season 2 is released on the Serial Box platforms and wherever ebooks are sold.

Team-written by some of today’s most exciting authors, ReMade season 2 is brought to you by Matthew Cody (Super), Andrea Phillips (Revision), Gwenda Bond (Girl on a Wire), E. C. Myers (The Silence of Six), and Amy Rose Capetta (Echo After Echo). 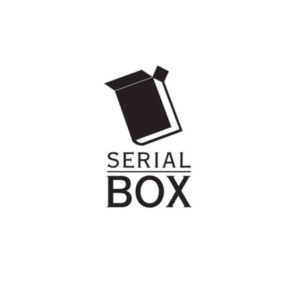 A new kind of publishing company for a new age.

While technology has rapidly evolved, the way publishers and writers bring books to readers really hasn’t. Storytelling in TV has become more sophisticated and multilayered, podcasts have risen to mainstream media status—but ebooks are just books on digital devices, not easier, more fun, or more social than they were before.

Serial Box is here to change all of that: artfully blending together the best of series television and the convenience of ebooks and audiobooks to bring readers a new form of story telling. Releasing fiction serials over the course of 10-16 week seasons, Serial Box is about delivering addictive episodes straight to the user’s digital device to be read or listened to anytime, anywhere.

Taking a few pages from the world of television, Serial Box hires a team of a talented and award-winning writers to collaborate on each serial, pulling the best ideas to develop great characters and craft a narrative that captivates readers over the course of the season. A new ensemble of writers works on each series, so each will vary in genre and length, but they’ll always be entertaining page-turners that keep you wondering what will happen in next week’s episode.

In this new series of YA dystopian stories, we meet the ReMADEs and each character’s point of view is written by a different author, although some authors have written several characters. Reading this series as a novel was a bit of a stretch for me and I just found out that there is a podcast which I think would better suit a series like this better.

The story adds a new character each week and we start with Cody (REMADE #1) who ends up what he thinks is dead but is really in a new world where he has been “remade” and there are Caretakers that have some ulterior purpose in bringing him into this world.  As the story progresses, more teens from different backgrounds are brought into this world.  The worlds and story lines reminded me a bit of James Dashner.  If you don’t mind multiple points of view and keeping up with intertwining characters you will have found something to love!