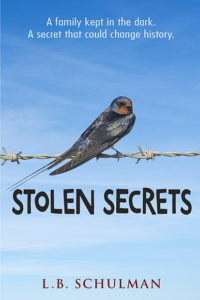 After an abrupt move across the country to San Francisco, sixteen-year-old Livvy discovers a grandmother who she believed was dead. Suffering from Alzheimer’s, Adelle shouts out startling details, mistakes her own name, and seems to relive moments that may have taken place in a concentration camp. When Livvy and her new friend Franklin D. find journal entries from the Holocaust in Adelle’s home, Livvy begins to suspect that her grandmother may have a shocking link to a notable figure Anne Frank.

“The author captures the desperate uncertainty of life with an alcoholic and having to parent a parent. Whip-smart Franklin has a uniquely drawn personality and his dialogue with Livvy sparkles…VERDICT An engaging coming-of-age novel recommended for libraries looking to highlight issues of alcoholism, Alzheimer’s, and family estrangement.’ ―School Library Journal

“Stolen Secrets is a solid mystery with family drama and teen angst. Livvy is a likable character who is smart and perceptive at times, yet, like most teens, naive and clueless at others. The novel is easy to read and would be a good companion read for students reading Anne Frank’s diary. Stolen Secrets will need some hand-selling to teens, but once they pick it up they will not be disappointed.” ―VOYA

“This is a well-written book that sympathetically examines the roles of Holocaust survivors on both sides of the war as well as guilt and forgiveness. The main and supporting characters are funny and engaging…a good addition to those who want to read more books with a Holocaust theme. Recommended.” ―School Library Connection 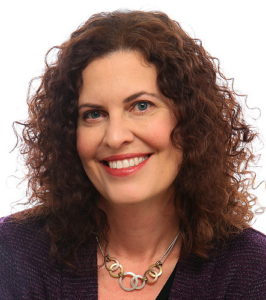 STOLEN SECRETS is L.B. Schulman’s second young adult novel. Her debut, LEAGUE OF STRAYS, was published in 2012. She grew up in Maryland and now lives in the San Francisco Bay Area with her husband, two daughters, and a pair of loveable mutts. When she isn’t writing, she’s visiting genealogy sites, trying to find famous people she’s related to. You can visit her online at LBSchulman.com.

The Hate You Give by Angie Thomas

Jandy Nelson. Her writing has an authenticity that’s hard to match. She said she wrote I’ll Give You the Sun in a dark room with earplugs, and I can believe it. The writing reflects an intense character focus.

Repetitive words in the same sentence or paragraph. I read my stuff aloud whenever possible to catch lazy mistakes like these. It really helps to hear it.

I’m obsessive in the preparation stage and know all the main points I want to hit, but I’m open to going off course. Before I write, if I don’t have an outline, I stare at the page and get nothing done. Can’t take the Virgo out of the girl, I guess. 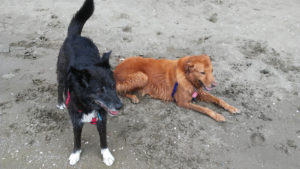 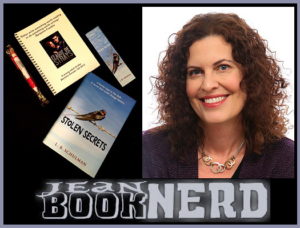