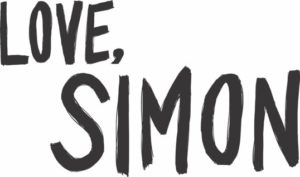 Twentieth Century Fox’s LOVE, SIMON will debut in theaters for one night only on Saturday, March 10 ahead of its official March 16 release.

Greg Berlanti’s film follows the story of Simon Spier (Nick Robinson), a teenage boy who has to come out to his friends and family while also trying to uncover the identity of his anonymous crush, has already garnered near universal critical and social acclaim.

Among the enthusiastic responses, Screen Rant called it “an instant modern classic”.  Variety commented: “At a cultural moment when it matters so much for audiences to see themselves represented on screen, LOVE, SIMON broadens the spectrum,” while The Daily Beast reported: “It feels like a bona fide event.”

Chris Aronson, President of Domestic Distribution at 20th Century Fox said: “We are delighted by the overwhelming response so far to LOVE,SIMON. We believe it is a very special movie and we want to give audiences a chance to discover that for themselves, which is why we are offering a special sneak preview on Saturday.”

Fans who wish to attend one of these early screenings can purchase tickets at: lovesimontickets.com 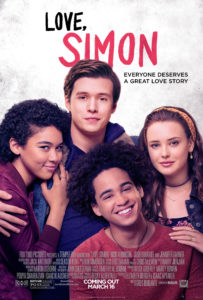 Everyone deserves a great love story. But for seventeen-year old Simon Spier it’s a little more complicated: he’s yet to tell his family or friends he’s gay and he doesn’t actually know the identity of the anonymous classmate he’s fallen for online. Resolving both issues proves hilarious, terrifying and life-changing. Directed by Greg Berlanti (Everwood, The Flash, Riverdale), with a screenplay by Elizabeth Berger & Isaac Aptaker, and based on Becky Albertalli’s acclaimed novel, LOVE, SIMON is a funny and heartfelt coming-of-age story about the thrilling ride of finding yourself and falling in love. 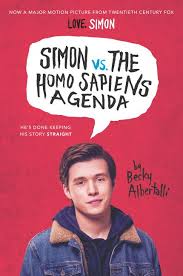 LOVE, SIMON was adapted from Becky Albertalli’s young adult novel Simon vs The Homo Sapien’s Agenda. Published in January 2012, the book won the William C. Morris Award for Best Young Adult Debut of the Year and was included in the National Book Award Longlist. Albertalli never imagined that her book would be published let alone become an award-winning bestseller and now a major motion picture: “I was a psychologist when I wrote the book,” she says. “I was the mother of a one-year-old, now four-year-old.  I was writing during his nap times. I had always wanted to write a book, and decided I would give it a try. I don’t know where my idea for the plot came from, but the characters had been kicking around in my head for some time.  I had this image of a messy-haired, gay kid in a hoodie, and that turned out to be Simon. I’ve worked a lot with kids who identify as LGBTQ or gender nonconforming, and they are unquestionably some of the bravest people I’ve ever met.  As a psychologist, I’m painstakingly careful not to borrow my clients’ stories for my fiction – but in a general sense, I’m very much inspired by all the teenagers I’ve been lucky enough to know and work with.” 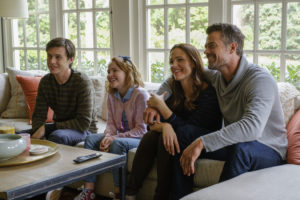 Moderator:  Now, all three of you have been in high school movies, have played young people, are playing young people.  Now you two are playing the parents and not the protagonist in this one.

Josh Duhamel:  Thanks for reminding us.

Josh Duhamel:  –We had them when we were, what, eight?

Moderator:  Well, you did a good job, as I said, and it’s nice that you were able to cobble things together as eight year old parents.  You don’t see that.

Moderator:  But seriously, as people have been in his spot and who have played, you know, in youth movies and now playing parents, do you bring something special, some special insight?  And what makes this different from maybe the generation of youth movies that you were auditioning for or working in?

Josh Duhamel:  Well, for me it was many things. Greg Berlanti is one of my favorite people in the world.  I did a movie with him several years ago called Life as We Know It, and we’ve remained friends ever since.  I felt that it had this–and especially after seeing it, it had, like, this John Hughes sort of–coming of age sort of feel to it, which I loved.  And I loved the–after seeing it, I love the music in the movie.

Jennifer Garner:  That’s so important, right?  In a movie, if you’re trying to reach a younger audience, the joie de vivre, the music, the just overall energy of it, and Greg really–he really–. 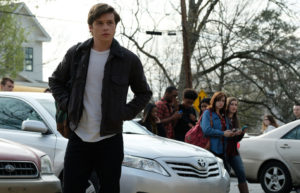 Press:  Hi.  Nick, thank you so much.  You did such a good job with this and the whole–I was just wondering if you had read the book, and how much of Simon you feel is a part of you.

Nick Robinson:  I have read the book.  I read the script first, though.  I was first introduced to the story through Greg, who had this script that he was kind of championing.  And it was afterwards that I met Becky (author) and I read the book.

And I think that everyone, myself included, can relate to Simon and his sort of journey in just trying to find yourself and come to terms with yourself in a way that feels comfortable to not just you, but all the people around you as well.  And I feel that Simon, his journey, for a lot of it is about him sort of tamping himself down, which I think people can relate to.

It’s like, you know, what kind of person are you when you’re constantly trying to please other people and, like, tamp down your own personality?  And I think that that’s kind of something that, you know, the film deals with really beautifully.  And it’s something that I can totally relate to with Simon as well, just being in that position of trying to–just trying to keep all these balls in the air and just get through it.  So, yes, I think–does that answer your question?  I think it does. 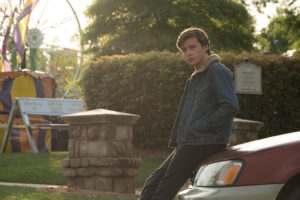 Press:  Hi there.  The movie was outstanding. I appreciate it because it was just beautiful.  But my question, Nick, is when you–that scene when you went back online and you spoke about I am gay and you took your power back, what word of advice or what is it that you want–people who are struggling to come out, what would you tell them?

Nick Robinson:  I think exactly like you said, take your power back.  And, I mean, it’s different for everyone, I think.  But it’s–just be bold, be strong and loud, and be happy with what you–you know, be confident in what you’re trying to say.  And yes, just dance some to Whitney Houston.  I don’t know, just–. 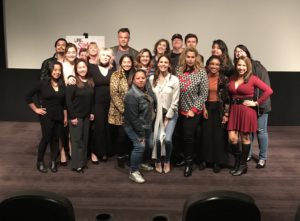 Yep, that is me in the back next to Josh Duhamel.  We had a quick bond over DACHSHUNDS Since he has a 14-year-old pup and I had to stand on my toes to get in the picture!  Oh and Nick Robinson is freaking adorable.  Jennifer Garner is even pretty in person and so sweet (and so tiny)!

LOVE, SIMON is based  Becky Albertalli’s novel Simon vs. the Homo Sapiens Agenda. Simon knows he is gay, but just hasn’t admitted to the rest of the world.  When he finds an anonymous post online about a student at his school in his situation, he starts emailing back and forth with Blue, the anonymous poster.  When someone finds Nick’s emails, he becomes blackmailed into doing something he would never do to his friends.  Nick’s emails are made public and Nick feels he can finally face the world with his secret on his own terms by taking back the power from the blackmailer.

By now everyone should know the premise of the movie from the book.  I am happy to say that the movie did the book justice and it reminded me a bit of Everything, Everything, mixed with Sixteen Candles  (if you haven’t seen a John Hughes movie, you better make plans ASAP).  I didn’t realize it at the time but Nick plays the main character in Everything, Everything.  There are also a lot of familiar faces like Katherine Langford (13 Reasons Why) and Tony Hale (Veep, Arrested Development). The parents were thoughtful and a bit on the clueless side because Nick did such a great job being “normal”.  I know this is a true portrayal because this happened to someone close to me (not the blackmail stuff, the coming out stuff) and this is pretty much how the parents acted.

Now the hard stuff:  should your teen see this movie?  YES!  This is real life and for a teen rom-com, it is perfect.  There are some laughs to lighten up a serious conversation. If you liked Sixteen Candles, you will adore this.  It just ends with the guy getting the right guy right away. It is also pretty clean with only some underage alcohol use, a few kisses here and there and a bit of language.  I would guess by now, that almost everyone knows one person that is in the LGBTQ community and I am so glad that this is now normal.