by Eliza Wass
Published by Disney-Hyperion 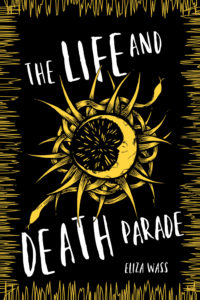 One year ago, Kitty’s boyfriend Nikki Bramley visited a psychic who told him he had no future. Now, he’s dead.

With the Bramley family grieving in separate corners of their home, Kitty sets out to find the psychic who read Nikki his fate. Instead she finds Roan, an enigmatic boy posing as a medium who belongs to the Life and Death Parade–a group of supposed charlatans that explore, and exploit, the thin veil between this world and the next. A group whose members include the psychic… and Kitty’s late mother.

Desperate to learn more about the group and their connection to Nikki, Kitty convinces Roan to return to the Bramley house with her and secures a position for him within the household. Roan quickly ingratiates himself with the Bramleys, and soon enough it seems like everyone is ready to move on. Kitty, however, increasingly suspects Roan knows more about Nikki than he’s letting on. And when they finally locate the Life and Death Parade, and the psychic who made that fateful prophecy to Nikki, Kitty uncovers a secret about Roan that changes everything.

From rising star Eliza Wass comes a sophisticated, mesmerizing meditation on the depths of grief and the magic of faith. After all, it only works if you believe it.

Tales of the Ravenous Reader

I had to admit, he was good. He had the right look–striking but also holy–and a serene levity. His eyes were so strange, especially in the dark, that it was easy to believe they looked out onto other worlds, or came from them.

The pieces of the old chapel trembled in the candlelight. The high aches over our heads, the wooden pews along the walls, the thin, glowing veins of the organ and the air, thick with the spirit–of God or something less far gone.

“Holly,” he said. The skin along my back prickled. I was afraid he was going to channel Nikki. Terrified of how much I feared and wanted it. “I want you to write Nikki a message. Whatever you want to say, write it down.”

Holly wrote, slow at first and then faster and faster. She reached the end of the page and turned it over. I envied her, perched forward, one elbow on the table to anchor her, pen flying. What would I say if this were real? Questions lit in a strong along the inside of my mouth: Do you forgive me? Do you love me? One question, really. Holly finished writing.

The paper snarled as it tore. She ripped it to shreds, words in pieces as she passed the scraps to Roan, who held them to his mouth again, spoke into them, and placed them over the candle.

This time the page didn’t burn straight away. It simmered–if that were even possible–like the flames were taking time to devour every last word.

Roan shut his lantern eyes. His hand shot out, closed over Lady Bramley’s. We connected in a chain: her to Holly, Holly to me and then–damp, quivering, so heavy I could hardly lift it–my hand closed over Roan’s.

I went to close my eyes and panicked, saw black spots in the corner of the library, my heart throbbed. It’s not real, I warned myself. It’s not real.

Roan hummed, and it took my head longer than my heart to realize it was Nikki’s song. But it couldn’t be. I was losing my mind, could see my sanity strung out in front of me, like a tightrope I was swaying over.

The flame went out. I shut my eyes.

Silence dropped into the center of the circle. I felt the pull. Like it was taking us down with it. 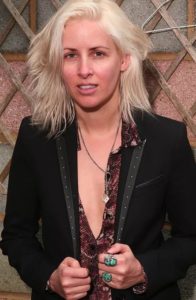 About Eliza:
Eliza Wass is an author, journalist and the wife of the late musician Alan Wass. Her debut novel, The Cresswell Plot, was published in 2016 to critical acclaim by Disney-Hyperion. She has contributed articles to The uardian, Grazia, NME, Shortlist and THE FALL.

A copy of The Secret History and Stephen King’s It that I found at a tiny book exchange in Happy Camp in the Siskiyou Forest. I have read both a million times but any time I see a copy of either, I have to buy it. There are some books you just need to hold.

Someone biting into a popsicle with their teeth. I can’t even talk about it without cringing.

Is go with the flow and then majorly regret it an option? I am training myself to plot. I figure it’s a skill you can learn.

In real life, I abuse the word “innit?” which is English for “isn’t it?” and sounds absolutely ridiculous in an American accent. 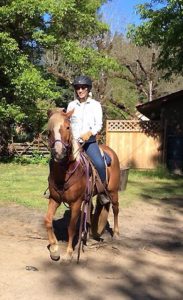 I’m a horseback-riding instructor, mostly hunter/jumper, but I’m attaching a picture of a horse I started in western called Belle Star. She is a high energy, nervous wreck, so basically my spirit animal. I love her.

3 winners will receive a finished copy of THE LIFE AND DEATH PARADE,US Only. 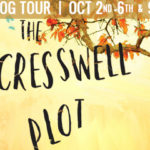 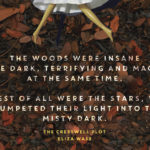