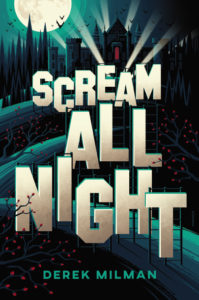 A darkly hilarious contemporary realistic young adult novel about growing up and finding your place in the world, perfect for fans of Me and Earl and the Dying Girl and Running With Scissors.

Dario Heyward knows one thing: He’s never going back to Moldavia Studios, the iconic castle that served as the set, studio, and home to the cast and crew of dozens of cult classic B-horror movies. It’s been three years since Dario’s even seen the place, after getting legally emancipated from his father, the infamous director of Moldavia’s creature features.

But then Dario’s brother invites him home to a mysterious ceremony involving his father and a tribute to his first film—The Curse of the Mummy’s Tongue. Dario swears his homecoming will be a one-time visit. A way for him to get closure on his past—and reunite with Hayley, his first love and costar of Zombie Children of the Harvest Sun, a production fraught with real-life tragedy—and say good-bye for good. But the unthinkable happens—Dario gets sucked back into the twisted world of Moldavia and the horrors, both real and imagined, he’s left there.

With only months to rescue the sinking studio and everyone who has built their lives there, Dario must confront the demons of his past—and the uncertainties of his future. But can he escape the place that’s haunted him his whole life? 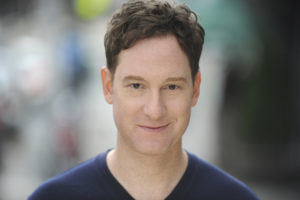 Derek Milman was born in New York City, but grew up in Westchester, NY, where he wrote and published a successful underground humor magazine that caught the attention of the New York Times, who wrote a profile on him at the age of 14.

Derek studied English, Creative Writing, and Theater at Northwestern University. He began his career as a playwright (his first play was staged in New York City when he was just out of college), and earned an MFA in acting at the Yale School of Drama.

Derek has performed on stages across the country, and appeared in numerous TV shows and films, working with two Academy Award winning film directors.

Scream All Night is Derek’s debut YA novel. He currently lives in Brooklyn where he is hard at work on his next book.

Robinson Crusoe. Catcher in the Rye (and also Salinger’s books about the Glass family).

Stephen King too: It, Misery, Night Shift, in particular. I liked horror, adventure, some sci-fi, and a keen exploration of the neuroticisms of teenage angst, particularly in the 50’s and 60’s, apparently!

1 winner will win a signed finished copy of SCREAM ALL NIGHT & swag, US Only.