I am so excited that STEALING TRANQUILITY by J.L. Weil is available now and that I get to share the news!

If you haven’t yet heard about this wonderful book by Author J.L. Weil, be sure to check out all the details below.

This blitz also includes a giveaway for a $10 Amazon Gift Card, International, courtesy of J.L. and Rockstar Book Tours. So if you’d like a chance to win, enter in the Rafflecopter at the bottom of this post. 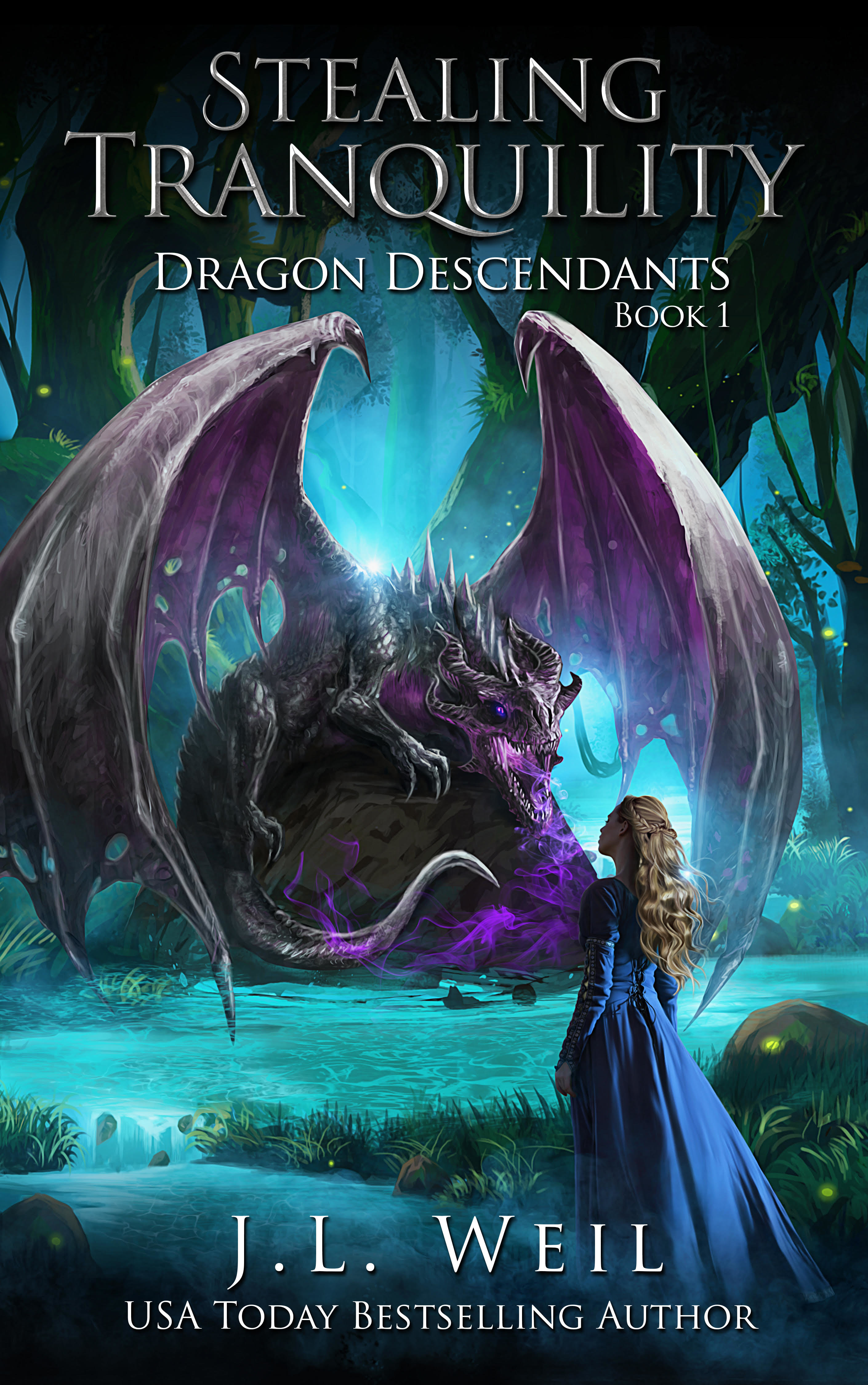 Olivia Campbell’s life gets turned upside down when her mother suddenly passes away. Left with only a stepdad who despises her, she turns to the streets. Penniless and alone in the Chicago winter, how much worse can it get?

She is about to find out.

A chance encounter with a stranger who has the most breathtaking violet eyes changes her world. Just a warm smile and a quick flash of dimples is all that it takes to capture her interest in Jase Dior. Olivia wonders if her luck has finally returned.
She soon finds out that Jase collects things—pretty girls to be precise. A glimpse of her sultry honey hair in an alley excites him. He must have her. And he isn’t taking no for an answer.

Jase sweeps Olivia off the streets to the Veil Isles—a mystical and hidden land uncharted by any mortal and ruled by the only dragon coven left in the world.

What the hell did she get herself into?

Four dragons.
One headstrong heroine.
And a reverse-harem fantasy romance that could change the fate of a dying race.

Stealing Tranquility will transport fans of Twilight, A Shade of Vampire, and Shadowhunters to an enchanted world unlike any other. Prepare for a unique spin on the lore you love—and an adventure that is as thrilling as it is unexpected.

Excerpt:
Zade moved so he stood just slightly in front of me as if protecting me. Odd. Did I need protection from Jase? “Just making sure our little gem doesn’t get herself in trouble.” Zade cocked his head to the side. “Isn’t that what we agreed on?”

The tranquility-breathing dragon stood inside the arched doorway, glaring at Zade with a mean scowl—his eyes so dark they almost appeared black. “Yes, but that doesn’t include you seducing her.”

“Since when do you meddle in my extracurricular activities?” Zade challenged him, with an edge to his voice.

It was my turn to frown. I was no one’s extracurricular activity.

A growl rose up in Jase’s throat. He stormed to where Zade and I where awkwardly standing. “She’s off limits.”

Golden God’s lips formed into a tight line. “You forget, Jase, you’re not king. There is no single ruler of the Veil anymore.”

Things had escalated quickly, and I didn’t want these two going into the dragon ring over me. “Hey!” I yelled, stepping between the two. Not the brightest of ideas, but at the moment, it was all I could think to do. I didn’t want blood spilled over me.

A muscle began to thump in Jase’s jaw. “Keep your lips off her.”

Spreading my arms out wide between them, my hands flattened on their chests. “Okay. First off, I can kiss whomever I want.”

I rolled my eyes. This was ridiculous. Framing Jase’s face with both of my hands, I rose up on my toes and planted one on him, just to prove a point. The joke was on me.

The moment our lips met, all annoyance vanished from within me. My eyes fluttered closed as I fell into the blissful storm that was all Jase. His lips were soft… and skilled, expertly moving over mine. His hands came up to cup either side of my cheeks, and he deepened what was supposed to be a peck. My mouth opened, letting him in, and a purr sounded at the back of my throat as his tongue swept inside.

I’d never been kissed like this before—so passionately and fervently. My fingers bunched his shirt, holding him in place just in case he got any ideas about pulling away. I wasn’t done yet. Honestly, I never wanted to stop kissing Jase Dior.

Zade cleared his throat behind us. How had I forgotten about him? Jase pulled back, his breath as ragged as mine.

I glanced up into his eyes, seeing the violet in them glowing brightly. “There. Are you satisfied?” I rasped, swallowing a knot of yearning. No more kissing dragons.

“Not nearly.” Jase’s head dipped as if he was going to take possession of my lips again.

My hand pressed against his chest, keeping him just out of reach. “Oh, no. I think I’ve kissed enough dragons today.” I could barely believe I had locked lips with two of them within minutes of each other.

What is wrong with me? 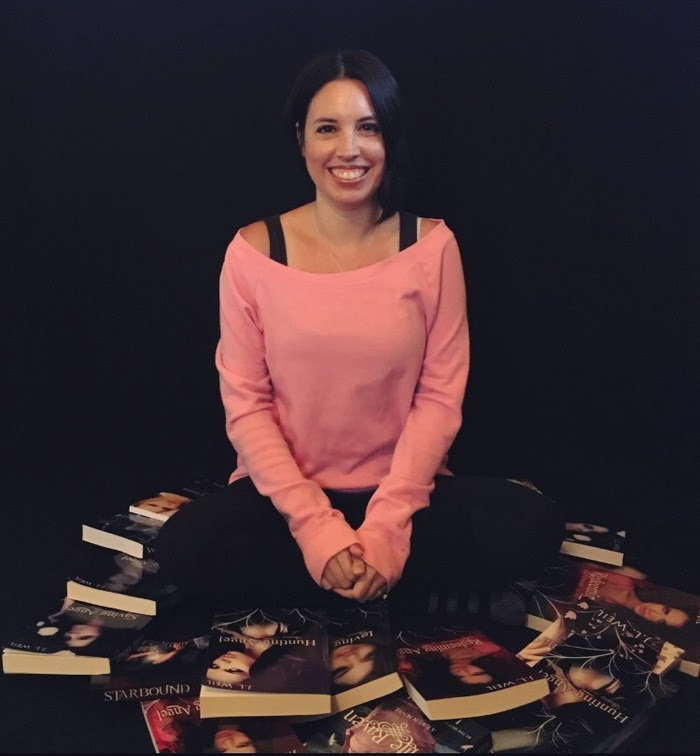 About Jennifer:
USA TODAY Bestselling author J.L. Weil lives in Illinois where she writes Teen & New Adult Paranormal Romances about spunky, smart mouth girls who always wind up in dire situations. For every sassy girl, there is an equally mouthwatering, overprotective guy. Of course, there is lots of kissing. And stuff.

An admitted addict to Love Pink clothes, raspberry mochas from Starbucks, and Jensen Ackles. She loves gushing about books and Supernatural with her readers.

She is the author of the International Bestselling Raven & Divisa series.