by Kendare Blake
Published by HarperTeen 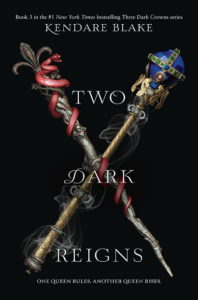 Katharine sits on the throne, Mirabella and Arsinoe are in hiding, and an unexpected renegade is about to wage a war of her own. The crown has been won, but these queens are far from done.

Praise for ONE DARK THRONE

“This sequel to Three Dark Crowns loses none of that book’s momentum, powering toward a conclusion that leaves several doors open. With wonderfully drawn characters and a lethal, unpredictable plot, this follow-up will leave readers breathless as the queens’ fates unfold.” ―ALA Booklist

“New exciting heights with a driving plot. Dark indeed, and exploring themes of loyalty, this is a thrilling sequel with everything from action to romance to entice readers. A strong purchase for YA fantasy shelves.” ―School Library Journal

“Three Dark Crowns is a brutal and inventive fantasy that is as addictive as it is horrifying. I can’t begin to guess the fates of these three remarkable sister-queens, but I’m salivating like poisoners at a feast to find out what will happen next.” ―Marissa Meyer, New York Times bestselling author of the Lunar Chronicles

“Full of mystery, intrigue, and deadly girls I wouldn’t dare cross, Fennbirn is a darkly magical world I’m both drawn to and frightened by. In short, this is a book I could linger in for months, with three girls I am rooting for with all my heart.” ―Megan Shepherd, New York Timesbestselling author of The Cage series

★ “With exquisite world building and luminous detail, this is high fantasy at its best. The magic is fierce and the plot intensely twisted, but at this novel’s dark heart beats a story about sisterhood, the unbreakable bonds of family, and ties that bind enough to kill.” ―Booklist(starred review) 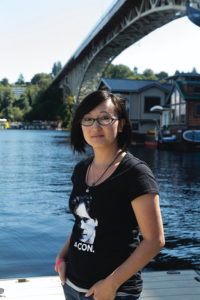 Kendare Blake is the author of several novels and short stories, most of which you can find information about via the links above. Her work is sort of dark, always violent, and features passages describing food from when she writes while hungry. She was born in July (for those of you doing book reports) in Seoul, South Korea, but doesn’t speak a lick of Korean, as she was packed off at a very early age to her adoptive parents in the United States. That might be just an excuse, though, as she is pretty bad at learning foreign languages. She enjoys the work of Milan Kundera, Caitlin R Kiernan, Bret Easton Ellis, Richard Linklater, and the late, great Michael Jackson, I mean, come on, he gave us Thriller.

1.       What is on your nightstand?
My phone, a journal from grad school, and a folded up flag for the football club Tottenham Hotspur, that I haven’t hung up anywhere yet in the new house.

2.      What author would you totally fan?
Stephen King. Caitlin R Kiernan. Philip Pullman. Milan Kundera. And some whom I’ve already met and fanned.

5.      Is there a word you love to use?
Most of the curse words get fair use. Not in the books lately though. 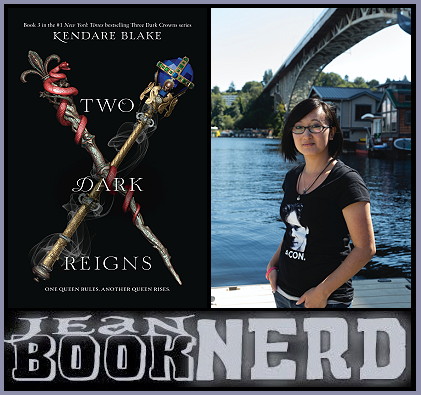 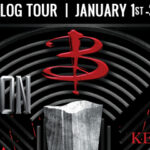