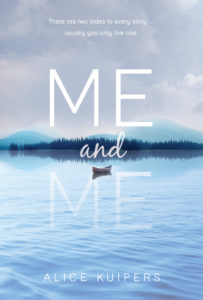 It’s a perfect day for Lark’s dream date with Alec from school. Blue skies, clear water, a canoe on the lake. Alec even brought flowers for Lark’s birthday. Everything is just right … until they hear screams from the edge of the water.

Annabelle, a little girl Lark used to babysit, is struggling in the reeds. When Lark and Alec dive in to help her, Alec hits his head on a rock. Now Annabelle and Alec are both in trouble, and Lark can only save one of them.

With that split-second decision, Lark’s world is torn in two, leaving her to cope with the consequences of both choices. She lives two lives, two selves. But which is the right life, and which is the real Lark?

Me and Me is about how it feels to be torn in pieces, and how to make two halves whole again. This mind-bending novel from Alice Kuipers, expert chronicler of the teenage heart, explores loss and love, music and parkour, all while navigating the narrow space between fantasy and reality. 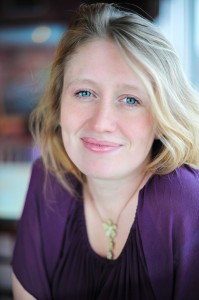 Alice Kuipers is the author of the debut novel Life on the Refrigerator Door, an award-winning Young Adult/Adult crossover published to rave reviews in 32 countries and told entirely in post-it notes written by a mother and her daughter. Named a New York Times Book for the Teen Age, Life on the Refrigerator Door has won or been short listed for numerous prizes, including the Redbridge Book Award, the Sheffield Libraries Choice Award, the Grand Prix de Viarmes, the Saskatchewan First Book Award, the Salt Lake City County Library System Reader’s Choice Award, and the Carnegie Medal.

Alice’s second novel, The Worst Thing She Ever Did (published in the US as Lost for Words), won the 2011 Arthur Ellis Award for Best Juvenile / YA Crime Book; was short listed for the White Pine Award; and was a Bank Street College of Education Best Children’s Books of the Year selection for 2011. The Worst Thing She Ever Did has been sold in 9 territories and praised as “gorgeous, heart-ripping, important” (Voices of Young Adults).

40 Things I Want To Tell You, was published in Canada by HarperCollins in 2012. The book has been praised as “funny and totally up to date” by the Canadian Review of Materials, and “crisp and effective” by the Winnipeg Free Press. Rights have been sold in Germany, Greece, Denmark and Croatia.

The Death of Us, came out in 2014 to great reviews, and was a CLA Listed Book. It’s been described as a quick and turbulent read, The Death of Us is a brilliant coming-of-age novel with a sharpened corkscrew of a twist that will leave readers breathless.

Most recently, Alice’s YA novel, Me and Me, was published in 2017. It was described by Bif Naked as mesmerising.

Alice has a brand new chapter book series with Chronicle Press starting wit the first book: Polly Diamond and the Magic Book, an Amazon best book of the month, described by Booklist as a book that: Brings the imagination to life.

Alice is also writing a memoir about teenager Carley Allison with Kids Can Press. She has had stories produced for CBC and essays published in Bristol Review of Books and Easy Living magazine. She has blogged for Today’s Parent, and The Huffington Post.

Alice’s work is published in 34 countries.

Born and raised in London, England, Alice now lives in Saskatoon, Canada, with her partner, the writer Yann Martel, and their four young children.

I’ve been decluttering recently, trying to reclaim space and time. I have four children and our house is stuffed full. All this to say, my nightstand—which is actually a bookshelf, not a table–was bulging. It is now less cluttered, but it still has about sixty books, a pretty basket of beauty products that I use, a water glass, earplugs (to block out my children), and piles of New Yorker magazines. The book that I’m reading now is called The Seven Deaths of Evelyn Hardcastle, by Stuart Turton. That’s on my bed.

There are so many authors who I admire—you know that feeling when you just can’t believe how amazing a book is? For me, I’d love to tell both E. Lockheart and Meg Rosoff how astonished and moved I’ve been by their work. Both of them inspired me as a writer for young adults.

I did a challenge at the beginning of the summer to live as if I were homeless for 36 hours, with my eight-year-old son. Since then, I’ve been thinking a lot about community and connection. I cringe at how easy it is to dismiss someone because they are homeless. When I was walking in the pouring rain with my son, asking for money, people crossed the street to be away from us.

I am not obsessive about anything, really. Sometimes I sketch out what might happen next in a story, sometimes I write and see where the words go. I’m usually working on a couple of books at once—a picture book and a YA novel, maybe. When one feels like it isn’t working, I leave it and move to a different project. Fairly often, if I leave a book, when I go back to it, I can see where to go next—as if a shining path has appeared in the dark.

Bonkers. It describes my writing days as I try to parent four kids; it describes the topsy-turvy world we live in; it reminds me of my home in the UK where I haven’t lived for fifteen years. And it’s the sort of word that makes me smile a little because it’s so, well, bonkers! 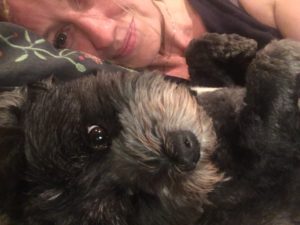 3 Winners will receive a finished copy of ME AND ME, US Only. 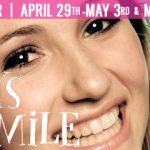