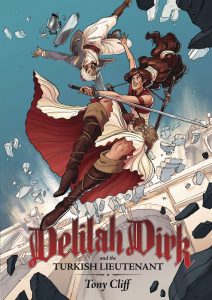 Lovable ne’er-do-well Delilah Dirk has travelled to Japan, Indonesia, France, and even the New World. Using the skills she’s picked up on the way, Delilah’s adventures continue as she plots to rob a rich and corrupt Sultan in Constantinople. With the aid of her flying boat and her newfound friend, Selim, she evades the Sultan’s guards, leaves angry pirates in the dust, and fights her way through the countryside. For Delilah, one adventure leads to the next in this thrilling and funny installment in her exciting life.

A little bit Tintin, a little bit Indiana Jones, Delilah Dirk is a great pick for any reader looking for a smart and foolhardy heroine… and globetrotting adventures. 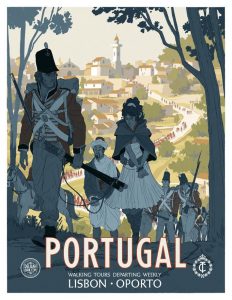 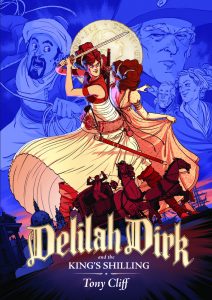 Globetrotting troublemaker Delilah Dirk and her loyal friend Selim are just minding their own business, peacefully raiding castles and traipsing across enemy lines, when they attract the unwanted attention of the English Army. Before they know it, Delilah and Selim have gotten themselves accused of espionage against the British crown!

Delilah will do whatever it takes to clear her good name, be it sneaking, skirmishing, or even sword fighting… But can she bring herself to wear a pretty dress and have a nice cup of tea with her mother? Delilah Dirk may be defeated at last. By tulle…in Tony Cliff’s Delilah Dirk and the King’s Shilling. 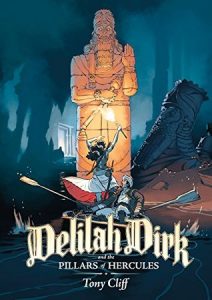 Having survived a close shave in England, where she was falsely accused of spying for the French, Delilah has set out with her companion Selim for more agreeable adventures in central Asia. But when she stumbles on an artifact that may be a clue about the location of the legendary third pillar of Hercules, Delilah and Selim are drawn back to Europe on an Indiana-Jones-style archeological caper that pits her against a ruthless enemy . . . and forces her to team up with the most unlikely partner of all time: her sworn enemy, Jason Merrick, the man who framed her for espionage!

From vast forgotten underground cities to an elaborate and shocking double-cross, Delilah Dirk and the Pillars of Hercules brings all the drama and excitement that fans of the series crave. 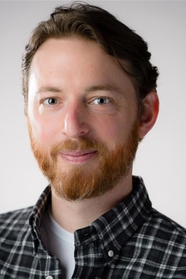 Tony Cliff – a life-long resident of Vancouver, British Columbia – began his comics work as a contributor to the Flight series of anthologies. His first major published work, Delilah Dirk and the Turkish Lieutenant, is a NYT Bestseller, a Publishers’ Weekly Best of 2013, and was nominated for Eisner, Shuster, and Harvey awards. Delilah Dirk and the Third Pillar of Hercules will be the third book in the series, following 2016’s similarly well-received The King’s Shilling. He is strongly opposed to bios that conclude with one quirky attempt at humour.

3 lucky winners will win all 3 books in the DELILAH DIRK Series, US Only.