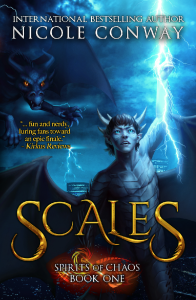 When New York City faces the threat of an ancient evil, a teenage boy must use a magical bracelet to transform into a monster-slaying dragon superhero.

Koji Owens is the new kid … again. As the only son of an Air Force F-16 pilot, he’s learned to adapt and survive every time they move. It’s not easy starting over with new friends and schools every two years, but when the Owens family makes their final move to New York, Koji finally has hope for a normal high school life—that is, until he finds a strange bracelet in his locker.

Transformed into a storm-summoning dragon warrior, Koji finds himself caught up in a world of ancient powers, secret identities, and colossal monsters threatening to destroy his new home. But these awesome powers come with strings attached, and revealing his true identity could mean losing everything he loves. With his family and friends now in mortal danger and New York City in flames, Koji must find the courage to become the hero they need and face down an enemy hiding in plain sight.

A comic-obsessed teenage misfit embraces his inner hero in this action-packed adventure that will leave you ready to get your scales on!

Ever had a bowl of cereal call you a loser?

That’s how my day started.

Sitting alone at a table in the hotel lounge, I stared down into my bowl of Alphabet Puffs. There it was, plain as day. L-O-S-E-R. The soggy cereal bits floated innocently in my milk, like none of this had been planned ahead of time. Talk about bad omens.

I tried to ignore it. It was probably just a coincidence, right? I mean, who ever heard of divining the future out of a bowl of cereal? Cereal wasn’t going to ruin this day for me.

“Morning, Koji,” my dad called across the lobby as he strolled through the revolving glass door. His outfit drew a strange look from the receptionist as he made his way over to join me at the table. He wore his standard, olive-green flight suit with matching green combat boots—the same uniform I’d seen him in since…well, as long as I could remember. Tucking his navy blue flight cap into the big pocket on the leg of his suit, he flashed me a quick grin as he sat down. “Got everything packed up?”

I nodded to the two giant rolling suitcases next to my chair. “Yup. Ready to go.”

“Excellent.” Dad sat back and yawned, rubbing the bridge of his nose. “The traffic is murder out there. It’s going to take some getting used to. Good thing we’re close enough to your new school you can walk. It’ll take me an hour just to get to the university. And that’s on a good day.”

“Did you see our new place?”

He smiled again. “Sure did. I think you’ll like it. Your room has a great view. And, hey, no more sharing a bathroom. You’ve got your own this time.”

“Sweet!” I sprang out of my chair and seized one of my rolling bags. “Let’s go.”

Dad followed, chuckling and rolling my second bag. After checking out of the hotel, we made our way into the chilly, early morning air and caught a cab. It took a minute or two to cram my stuff into the trunk, but then we were on our way, headed for Yonkers, where our new life was supposed to begin.

The streets of New York churned and buzzed with early morning activity as they slid past the back window of the cab. I caught a glimpse of the cabbie eyeing my dad curiously in the rearview mirror. Dad had been getting those kinds of looks basically since we stepped off the plane. Growing up as a military brat, I’d always seen Dad wear flight suits. It was the standard outfit he wore to work every day. In fact, it was weirder if he wasn’t wearing it.

My dad flew F-16s for the majority of his twenty-year career in the Air Force. Basically, that meant two things. One, we moved a lot—more than ten times in all. And two, Dad worked nonstop. He’d always come straight from work to catch the end of my soccer or basketball games, to PTA meetings, or to pick me up from a friend’s house after school. He was usually late, but I didn’t mind it much. It wasn’t because he forgot or didn’t care. Dad worked hard to keep things going for us.

But here, Dad had promised me things were going to be different. This was going to be his last post, his “twilight tour,” before he retired from the Air Force for good. As the Detachment Commander for the Air Force ROTC program at his alma mater, he was supposed to have a much less stressful schedule. That meant no more long night-flying weeks when we didn’t see each other because he couldn’t get home before three in the morning. No more weekends spent doing my homework in the squadron bar, eating a lunch of jalapeño popcorn and guzzling down Gatorade while he caught up on whatever mission he needed to plan to fly the next day. No more being babysat by my grandparents or living as an awkward houseguest with another family in the squadron while he went on TDY trips to Alaska or was deployed somewhere overseas.

This was our chance to finally get comfortable, get into a routine that would last, and build a life that I wouldn’t have to say goodbye to in a few months.

Not that my life had been the norm for a military kid. All I had to do was take a look around and see that things were… different for Dad and me. Nearly all of the other families in our squadrons had moms at home. They brought in food and fresh meals for everyone at the office, hosted big parties over the holidays, cooked delicious dinners, came to every school play and sporting event to cheer on their kids, and made sure the family landed on their feet after the chaos of every move.

I didn’t have that.

It wasn’t all bad though. And it’s not like I was bitter about any of it. This was the way things were, and I was comfortable with it. Sure, the moves were rough. We ate a lot of fast food, lived in hotel rooms until we found a good place to rent, and I had to overlook the few minutes here and there where Dad might come dashing in late because he’d gotten hung up at work again. I had to start over every time with a new school, new teachers, and try to build some semblance of a social life from scratch. But I knew Dad had always done the best he could on his own. We were a team. And things here were going to be different—that’s what he’d promised me.

This time, there’d be no looming expectation of another painful goodbye when it was time to leave for the next base.

This time, it was forever.

It was six o’clock when our cab pulled up to the front of a narrow, red brick house with a big cement staircase out front. It stood on a quieter street traffic-wise, but there were still people strolling the sidewalks in both directions. Our new house was tall, narrow, and had three levels. A big, circular window looked out from the top floor.

I unloaded the bags while Dad paid the driver. Then, together, we walked up the front steps and opened the door. It swung in slowly, creaking on rusty hinges. Inside, dim morning light trickled through the wood blinds. The air had a funky, stale smell, like no one had been in here in a long time.

“Not bad for a rental, huh?” Dad said as he closed the door behind us. “There’s plenty of space. Kitchen and living room are down here. My room is on the second floor, yours is on top. There’s a little courtyard out back, too. Pretty cool, huh?”

“Yeah,” I replied, peeking into the kitchen.

It was pretty nice. Old but cozy. The dark floors were weathered, and little bits of plaster had chipped off some of the walls, but everything looked clean. At least, as much as I could see through our mess of stuff. Cardboard boxes were stacked from floor to ceiling in every room like giant, brown building blocks. The couch and both recliners still had plastic wrap around them.

We had a lot of work to do. 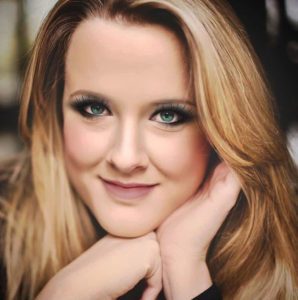 MY NAME IS NICOLE CONWAY and I love to write stories! I’ve been writing books since I was very young, and am blessed beyond measure to be able to do it now as a full time career. Although I sometimes step out into other genres, I primarily write Fantasy for teens and middle graders.

I graduated from Auburn University in 2012, which is also where I met my husband. As a military family, we move frequently and have lived numerous places all around the world. We have one very energetic son, Ethan. We also have two dogs (French Brittanys) named Joey (currently 5 months old) and Phoebe (4 years old) and a ball python named Noodle Nagini.

For inquiries on how to book me for a school visit, presentation, or interest in my future or current projects, please contact my amazing literary agent, FRAN BLACK, of Literary Counsel.

2 lucky winners will win a finished copy of SCALES, US Only.