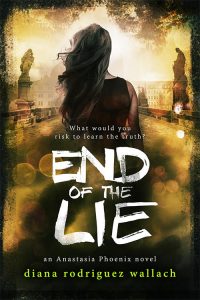 End of the Lie (Anastasia Phoenix #3) by Diana Rodriguez Wallach
Publication Date: March 4, 2019
Publisher: Entangled Teen
With her harrowing tale of espionage and near death experiences finally out in the open, Anastasia Phoenix thought things would be better. That she and her friends had outsmarted Department D, the criminal empire her parents helped create.

Former friends have turned to enemies, causing more innocent lives to get swept up into the dangerous world her parents created. Now it’s up to Anastasia to stop the damage before anyone else gets hurt—or worse. She embarks on a treacherous trail from Poland to Prague, and old rivals emerge at every turn. But when the final confrontation occurs, will she be too late to protect the ones she loves… or even herself? 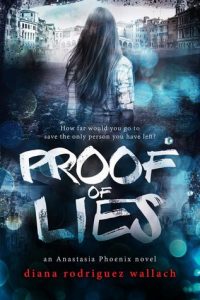 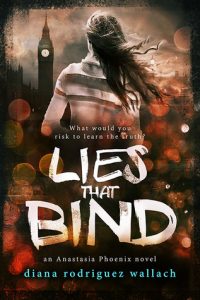 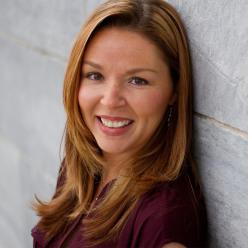 Diana Rodriguez Wallach is the author of the Anastasia Phoenix series, three YA spy thrillers set to debut beginning in March 2017 (Entangled Publishing). She is also the author of three award-winning young adult novels: Amor and Summer Secrets, Amigas and School Scandals, and Adios to All The Drama (Kensington Books); as well as a YA short-story collection based on the Narcissus myth, entitled Mirror, Mirror (Buzz Books, 2013). In 2011, she published a highly regarded essay in Dear Bully: 70 Authors Tell Their Stories (HarperCollins). It was the only essay chosen from the anthology by Scholastic to be used in its classroom materials. Diana is featured in the anthology, Latina Authors and Their Muses (Twilight Times Books, 2015), and she is currently on staff as a featured blogger for Quirk Books. In 2010 Diana was named one of the Top Ten New Latino Authors to Watch by LatinoStories.com, and she placed second in the International Latino Book Awards. She is an advisory board member for the Philly Spells Writing Center, and is a Creative Writing instructor for Johns Hopkins University’s Center for Talented Youth. She holds a B.S. in Journalism from Boston University, and currently lives in Philadelphia.

By Diana Rodriguez Wallach, author of End of the Lie, book three in the Anastasia Phoenix series.

I think all authors have books tucked under shelves (or these days, tucked in their hard drives). A book they wrote awhile ago—maybe their first novel, maybe their first dip outside their genre, or maybe some unfinished manuscript that lost its plot. It’s our white whale. It’s the book that despite the thick layer of dust on top, still nags at the back of our heads. We must conquer it.

For me, that white whale was Proof of Lies. I love Anastasia Phoenix. So did THREE different agents, each who signed with me in order to represent it. They submitted the book (separately at different stages of my career) to every editor in Manhattan, and it took seven years to find a publisher who loved it as much as we did.

You might be thinking—seven years?! You were on submission for seven years? Are you nuts?

Yes, maybe I was a little. But it wasn’t like I was submitting the same book. I revised it extensively during that time—characters who died now lived, bad guys who were evil now have more dimensions, plots that meandered now have direction. There were sometimes years between drafts and that time gave me distance to approach the manuscript fresh with each agent and with each submission. But the core story remains the same, the central character has never changed, and the overarching vision has always been there.

I’m not going to lie, during those rejections, those acquisitions meetings that didn’t go my way, those editors who “loved it” but couldn’t get “in-house support,” there were some dark days. There were times I wanted to give up. So if I knew then what I know now, I would go back and tell myself, “Chin up. You’re going to publish the third book in this series some day.” That’s what End of the Lie means to me, proof that I did the right thing by believing in myself.

So to all of you currently on submission, if you’re drowning in rejections, if you’re stuck in query hell, don’t give up. Consider me your time traveler zooming back to tell you what I know now, “It’s gonna happen one day,” you just need to keep working for it. Believe in yourself, even when everyone thinks you’re crazy for revising that manuscript one more time.

Because the only way that book ever gets out from under your bed and onto the shelf is if you keep putting yourself out there.