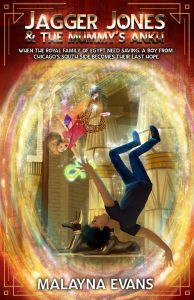 Jagger Jones is a whiz kid from Chicago’s South Side. Ask him anything about Ancient Egypt, and Jagger can fill hours describing all that he knows. But when he and his precocious little sister Aria fall more than three thousand years back in time to the court of Amarna, Egypt, Jagger discovers a truth that rocks his world: books don’t teach you everything there is to know.

Mummies, pyramids, and cool hieroglyphics make awesome movie props, but the ancient court of Amarna is full of over-sized scorpions, magical amulets, and evil deities determined to scare unwanted visitors away. If Jagger and Aria are to return safely home, they must find nine soul-infested gemstones, defeat an evil general, save the royal family, and figure out how to rescue themselves!

Armed only with Jagger’s knowledge of history and a few modern objects mined from his pockets and Aria’s sparkly purse, the siblings have exactly one week to solve supernatural riddles and rescue the royal family. If they can pull it off, Jagger Jones just might return to Chicago a hero. 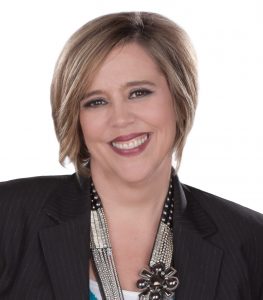 Malayna Evans is the author of the middle grade time travel series, Jagger Jones. Malayna earned her Ph.D. in Egyptology from the University of Chicago and has used her background to craft a tale loaded with historical details, attested ancient actors, and a magical adventure full of gods, mummies and wriggling creatures. Malayna enjoys a busy life of reading, writing, and playing in Oak Park, Illinois with her two kids, a spoiled rescue dog named Caesar, and a dwarf hamster named Pedicure.

When I started writing JAGGER JONES AND THE MUMMY’S ANKH, I was writing for myself, and for my two kids who were going through a rough patch. I shared the journey with them. It was, in fact, something we worked on, and talked about, together. But outside of our small family, I kept my writing to myself.

There are many things I wish I’d have figured out earlier, but topping the list is how helpful it is to share your work with other readers and writers … and invite and embrace their feedback. If I’d known how valuable feedback was when I started on this journey, I’d have learned more, faster. Now, I have multiple critique partners, I spend a fair amount of time reading other authors’ manuscripts and sharing my two cents, and I’m brave about inviting even the harshest criticism. I don’t take every bit of advice, but I do benefit from much of it and it’s helped me understand the craft and improve my work.