Two years after a deadly plane crash, best friends D and Spider head into the mountains to face their grief. A gripping psychological thriller for fans of The Cheerleaders and Sadie.

D and Spider have always been close friends, and they are further united in their shared heartbreak: they both lost siblings in a horrific plane crash two years earlier. A chance sighting of a beloved cuddly toy in a photograph of the only survivor spurs D to finally seek closure. She and Spider and their friend, Min, set off on a road trip to the mountainside site of that terrible crash.

Ariel has lived on the mountain all her life. She and her extended family are looked down upon by neighboring townsfolk and she has learned to live by her wits, trusting few people outside of her isolated, survivalist community. A terrifying attack sends her down the mountain for help; on her way, she comes upon the three girls -- a chance encounter that will have far-reaching consequences for them all.

Jo Treggiari was born in London, England, and raised in Canada. She spent many years in Oakland, California and New York, where she trained as a boxer, wrote for a punk magazine, and owned a gangster rap/indie rock record label. Her novel Ashes, Ashes, a YA post-apocalyptic adventure published by Scholastic Press, was a multiple award nominee and bestseller. Her acclaimed novella Love You Like Suicide, appeared in the Fierce Ink Press anthology  Becoming Fierce: Teen Stories IRL and as a limited edition of the long-running zine Cometbus. Her most recent YA is Blood Will Out, a psych-thriller, published by Penguin Teen (2018). She has a second thriller, The Grey Sisters, coming from Penguin in the fall of 2019. 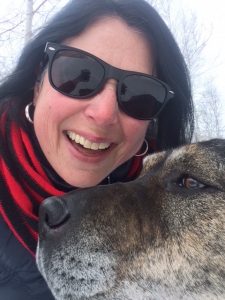 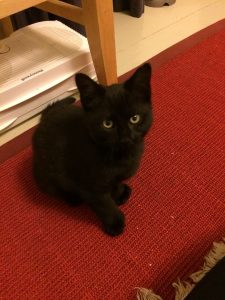 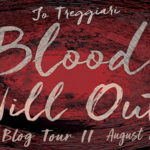