by Holly Black
Published by Disney-Hyperion

HEART OF THE MOORS 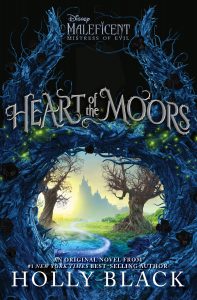 From New York Times bestselling author Holly Black comes a captivating original novel set between Disney’s Maleficent and Maleficent: Mistress of Evil, in which newly-queened Aurora struggles to be the best leader to both the humans and Fair Folk under her reign; her beau, Prince Phillip, longs to get to know Aurora and her kingdom better; and Maleficent has trouble letting go of the past.

Excerpt from HEART OF THE MOORS: An Original Maleficent: Mistress of Evil Novel by Holly Black

Aurora hated to sleep. Every night she made excuses to stay up later and later. There were always lists to make, letters to write, endless revisions of the treaty to puzzle over. She wandered around her enormous chamber, stoking the fire and letting her candles burn down so low each wick guttered out in a pool of wax.

But there always came a point when she had to put on her smock and cap and blow out her candle. Then she huddled under her blankets and looked out her window at the stars, trying to convince herself that it was safe to close her eyes, that she would wake up in the morning.

She wasn’t going to sleep for a hundred years.

The enchantment was gone.

The curse was broken.

But most nights Aurora only fell asleep to the pink of dawn blushing on the horizon. Most days she woke up exhausted. Some days she could barely get up.

Yet when the next night came, the fear struck her anew. Falling asleep felt like falling down a deep well, one that she might never claw her way out of.

Heart of the Moors Excerpt 1 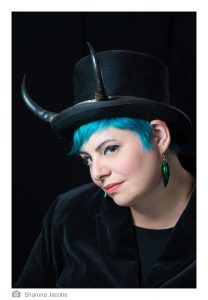 Holly Black is the author of bestselling contemporary fantasy books for kids and teens. Some of her titls include The Spiderwick Chronicles (with Tony DiTerlizzi), The Modern Faerie Tale series, the Curse Workers series, Doll Bones, The Coldest Girl in Coldtown, the Magisterium series (with Cassandra Clare) and The Darkest Part of the Forest. She has been a finalist for an Eisner Award, and the recipient of the Andre Norton Award, the Mythopoeic Awar and a Newbery Honor. She currently lives in New England with her husband and son in a house with a secret door. 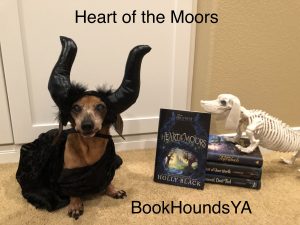 3 winners will receive a hardcover of HEART OF THE MOORS, US only. 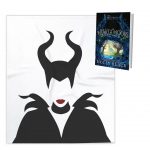 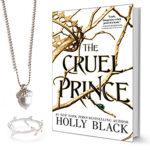