FROM THE EDITOR
It starts with a toad. A slimy one, too, warts and all. But as you may have guessed, with witches involved, this toad just happens to be enchanted. This toad, in fact, is the witch—and now that she’s free, she’s out for revenge against whoever has cursed her.

Elena Boureanu, former toad, is a vine witch. Her magic is responsible for creating some of the best wine of the age, and her legacy is all but ruined when she finally returns home. The vineyard’s new owner may be handsome, but he’s a city man of science who knows nothing about the valley’s vine witch tradition. And on top of that, Elena can clearly detect dark magic surrounding the estate. She knows her own curse must be connected to the hex on the fields, and she vows to put her world back into balance.

Elena’s story of redemption may be fantasy, but it feels real enough to touch. Reading this novel is like falling into an Instagram picture—atmospheric, and surrounded by the smells and tastes of the natural world. I hope you’ll fall with me. ―Adrienne Procaccini, Editor 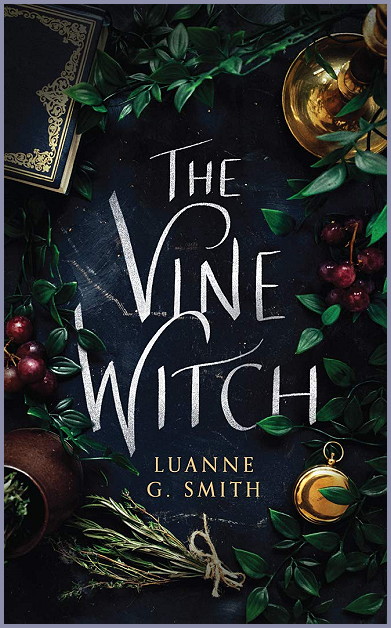 A young witch emerges from a curse to find her world upended in this gripping fantasy of betrayal, vengeance, and self-discovery set in turn-of-the-century France.

For centuries, the vineyards at Château Renard have depended on the talent of their vine witches, whose spells help create the world-renowned wine of the Chanceaux Valley. Then the skill of divining harvests fell into ruin when sorcière Elena Boureanu was blindsided by a curse. Now, after breaking the spell that confined her to the shallows of a marshland and weakened her magic, Elena is struggling to return to her former life. And the vineyard she was destined to inherit is now in the possession of a handsome stranger.

Vigneron Jean-Paul Martel naively favors science over superstition, and he certainly doesn’t endorse the locals’ belief in witches. But Elena knows a hex when she sees one, and the vineyard is covered in them. To stay on and help the vines recover, she’ll have to hide her true identity, along with her plans for revenge against whoever stole seven winters of her life. And she won’t rest until she can defy the evil powers that are still a threat to herself, Jean-Paul, and the ancient vine-witch legacy in the rolling hills of the Chanceaux Valley.

You can purchaseThe Vine Witch at the following Retailers: 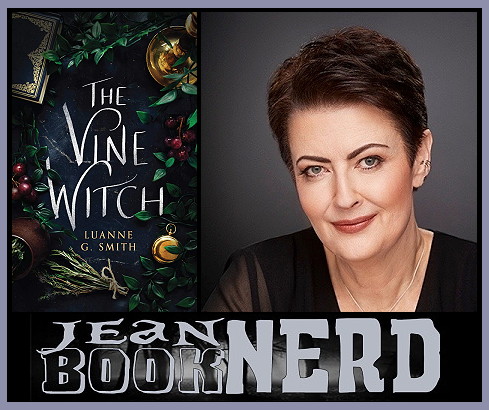 Luanne G. Smithis the author of THE VINE WITCH, a historical fantasy novel about witches, wine, and revenge set in early 20th century France, and the forthcoming second book in The Vine Witch series, THE GLAMOURIST. She’s lucky enough to live in Colorado at the base of the beautiful Rocky Mountains, where she enjoys reading, gardening, hiking, a glass of wine at the end of the day, and finding the magic in everyday life.

Q1. What is on your nightstand?

I don’t read a ton of stuff when I’m drafting a novel (I’m writing book three of The Vine Witch series right now), but I’ve got a copy of The First Girl Child by Amy Harmon that I’m going to read next.

Q2. What author would you totally fan?

I had the opportunity to sit down one-on-one with Diana Gabaldon two years ago at a conference (paid to have her read the first three pages of The Vine Witch before it was even finished!). That was a fan-girl moment for me, especially when she said she liked it. The most I’ve geeked out meeting an author for sure.

Q3. What makes you cringe?

Q4. Do you obsessively plot out each point or just go with the flow?

I’m a pantser with a vision. I usually know my ending and my beginning when I sit down to write, but a lot of what happens in the middle comes from character choices and unique details found in the research as I go. My absolute favorite thing about writing is getting to the end and seeing how all those choices along the way somehow come full circle into a cohesive story. 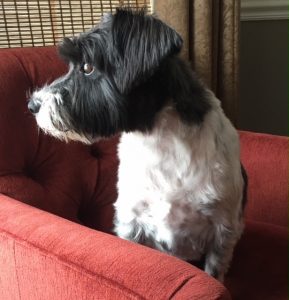