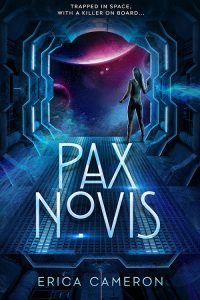 Cira Antares is deeply loyal to two things: Pax Novis—the cargo ship captained by her mother that transports supplies across war-torn star systems—and her personal mission to save war orphans. But hiding them as stowaways on the ship is illegal, and if any of them were found, not even her mother could protect Cira from the consequences.

She has successfully kept her secret…until supplies start to go missing. Food. Clothing. Tools. All signs point to her stowaways, but they wouldn’t do anything to risk exposing themselves—or her. Especially not Riston, the oldest of the group and someone Cira has grown close to. Someone she might even be falling in love with…

And petty thefts are only the beginning—whole ships are disappearing now.

Not caught in a firefight. Not destroyed by another planet. Vanishing. Without a trace.

And Pax Novis is next.

Footsteps followed close behind zem, fast and heavy, boots thudding against the grating. Ze didn’t look back—couldn’t when ze had to watch zir path to avoid the few people ahead—but it sounded like the officer was catching up. Riston risked a quick glance back as ze turned a sharp corner.

Ze stumbled, zir upper body jerking to a stop and zir legs continuing another two steps. Thrown off balance, ze veered hard to the right, one arm wheeling as though that’d be enough to keep zem from crashing. Zir back slammed into the wall, trapping zem between the cold, sloped metal wall and the PCCS officer crushing zem. As soon as ze had zir feet underneath zem, Riston tried to push off and bolt.

Tried. The prosthetic hand tightened so hard and fast it sent shocks of pain shooting down into zir hand and up to zir shoulder. Ze gasped and flinched.

The officer’s hand loosened, but they didn’t let go.

This is it. I’m dead. Ze waited for accusations or threats to start, bracing zirself for anything…except what they actually said.

All ze could think to say was, “Okay.”

One side of her mouth quirked up. “This is usually where you’d give me something to call you.”

Interesting. Not asking for zir name, just a moniker. Oddly, it made zem want to tell her the truth. “Riston. Ze.”

There was no logical reason for it, but something in her posture seemed to relax. “Is that your first name or last?”

“I don’t have a last name anymore.”

“Literally, according to what little I was able to find about you.” Although her expression was pleasant, there was a keenness to the expression around her brown eyes that unsettled zem nearly as much as her words.

“You looked me up? How? You have neural implants?” Ze looked again for implants, but there was still no glint of the tiny shifting mechanisms in her eyes.

“No.” A secretive smirk curved her full bottom lip. “But I’ve seen you before.”

“No one sees me.” Ze made sure of it. Staying hidden was what kept zem safe. Besides, ze definitely would’ve remembered meeting someone like Cira before.

“The first time was more than a cycle ago. I was waiting for a delivery for my captain, and you were in the passage off the upper-level dock.”

First time? Riston’s mind snagged on those two words. They didn’t make sense. Had ze somehow missed her more than once? Ze tried to think back to the day she was talking about, but ze spent a lot of time in the maintenance passages of the station’s docks.

“I missed the beginning of the conversation—those passages echo, and it makes eavesdropping complicated.” She paused, almost like she was waiting for Riston’s reaction. When ze didn’t even blink, she kept talking. “I heard enough, though. You gave a huge chunk of credits to a kid whose mother was sick. Credits you’d been saving up to buy an ID that’d pass all the security inspections. Which would’ve gotten you a job and an actual life.”

Oh. Now ze remembered. “I— That was…” The words choked zem, and the itch to be anywhere else flared to life, but Cira was too close, and her cybernetic hand was still locked around zir arm.

“That was an incredibly selfless thing to do,” she finished for zem. Her upturned eyes softened, and her black ringlets danced as she tilted her head. “You caught my attention, so I got a picture of you and used it to search for your ID.”

“Enough.” Cira scanned zir face, though Riston had no idea what she could be looking for. “I know you told me your real name and that you’re not originally from Datax, but not much more than that.”

It took an effort for Riston to keep from slumping in relief, although if the sensors in Cira’s hands were sensitive enough, she’d still feel the twitch in zir muscles that ze couldn’t fully suppress.

“The next time we docked here, a friend of mine looked for you. Ze watched you run interference between security and some refugee orphans who’d slipped off their transport ship.” She raised one gently sloped eyebrow. “A couple people ze talked to claimed you almost got caught. Twice.”

“Exaggerations.” But they weren’t. The second time, ze’d had to leave one of zir bags behind to squeeze into a gap barely wide enough for zir skinny body turned sideways. It cost zem a hundred stashed credits and the jacket ze’d been wearing the day ze escaped from Ladadhi—the jacket that had belonged to zir brother.

Footsteps echoed through the hall, the steps numerous and heavy enough to rattle the grated floor. An emergency team had finally arrived. Cira glanced up the hall, her expression shifting quickly until it settled on a resigned wince.

She isn’t supposed to be down here, either, Riston realized. Although regulations were looser when Pax ships were docked at a station, anyone serving on board a PCCS or on Pax Station was legally required to limit contact with anyone who wasn’t a Pax citizen. She might get her whole ship sanctioned if she was found here talking to zem.

Instinct took over. Riston used Cira’s grip on zir arm to tow her to the closest storage compartment. Unlike the restricted access panel, the security on this one took less than a second for zir program to crack. Ze hurried them both inside as soon as the opening appeared. The door slid shut behind them just before the emergency response team turned the corner.

“Adrienn’s gonna be so mad,” she muttered, her eyes on the door. Riston wanted to ask why. Ze didn’t. Cira glanced at zem, though, and seemed to see zir curiosity. “It was a risk coming down here to find you. Hacking into the security feeds before we leave to black out the whole time I was down here is an even bigger risk.” Then she smiled, relief brightening her eyes and warming her whole face. Ze found zirself leaning in like a piece of space junk falling into orbit around a powerful star. “At least there’s a legitimate technical glitch I can blame this time.”

“Okay.” Ze didn’t understand what reality ze’d fallen sideways into, and zir heart was still pounding from too many close calls. Ze couldn’t think of anything else to say.

She released zir arm and stepped back, but only about a half a meter or so, close enough to grab zem again if ze tried to run. “Where’s your family, Riston?”

“Gone.” Dead and gone and burned to ash so small there hadn’t been remains to bury. 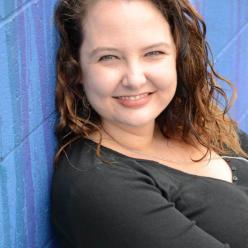 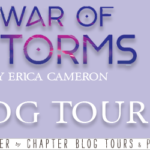 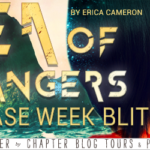