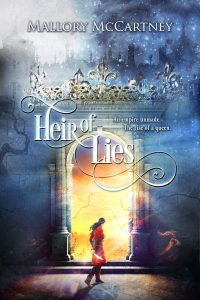 The Black Dawn series is re- releasing and “Heir of Lies” (book one) is coming April 21 2020! This edition will have an exclusive map and bonus content!

“It was as if her body had been ripped into a thousand different pieces. Her lungs burned, begging for relief. Emory heard the soft crackle of fire. Her head was a spinning mass; it was its own continent.  Squinting, she tried to focus. Blinking slowly, her surroundings came into view. Her pulse picked up.  She wasn’t in her room.  She wasn’t in her home.  The metal world around her seemed to have one purpose. To keep people in. To keep her in. The last twenty-four hours rushed over her in a flurry of confusing memories. Him… Memphis. The name rolled around in her mind, familiar yet unfamiliar all at once. Her eyes flashed open, her heart thrumming with adrenaline.  Heavily, Emory sat up, trying to pull her thoughts together. For now, the room was empty, her captors gone.  Now. This is your chance to escape. The thought clambered through her wildly, and she acted.  Standing from the bed, Emory stumbled, her legs weak, her clothes dirtied. Breathing heavily, Emory ran to the door, pushing the handle down as it opened. Containing her surprise, she slipped into the hallway. What kind of criminals would keep their prisoner in an unlocked room?  Walking fast, Emory pushed the thought down, keeping her head down as she tried to locate how to get out of this place. The hallway was quiet, and Emory didn’t pass anyone else. It had to be late into the night, and she sent up a thank you to whoever was granting her such luck.  Trying not to run, she turned left, passing more shut unmarked doors, but slowly, the hallway slanted up. Heart pounding, her palms slicked with sweat as she tried to stick to the shadows, walking faster now. Ahead of her, doors loomed, and panic bloomed in her chest. Running now, Emory tried to hold back the tears burning in her eyes. She reached the massive doors, pulling them open, and the night air slammed into her.  Gasping, she sprinted, rushing out into the rolling field. The air was brisk, a sweet aroma hanging on the wind, the crescent moon tucked in the midnight blue clouds. Ahead, a massive forest loomed, and she frantically looked for any sign of modern civilization where she could find help.  There was nothing.  A stitch laced through her side, and her converses lost footing. Emory slammed into the damp earth. Rocks sliced through her palms as she tried to break her fall, blood welling in the cuts.  Tears slid down her cheeks as she got up, whispering, “Keep moving. C’mon.” Looking back, she expected to see the place she had been taken to, but dread pooled in her stomach as all she saw was open field—no sign of any building whatsoever.  “What the hell?” Emory whispered, fear making her thought process choppy. Sprinting again, she pushed toward the woods.” 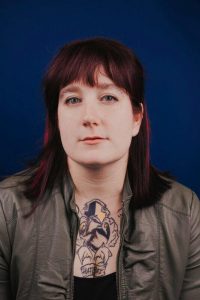 One lucky winner will receive a $10 Amazon Gift Card, International.