by T.L. Searle
Published by KDP 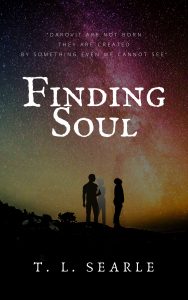 By something even we cannot see”

Four-year-old Jonathan Miller was rescued by a girl with rainbow hair, shrouded in black, who flew like magic along the ground.

Eighteen-year-old Jon, obsessed with fantasy and the supernatural, dreams of her still.

Now she has returned. She says he’s no longer safe and that he needs to come with her; that the necklace she gifted him is no longer enough.

But who is she?

And who is he?

Joined by his best friend, Miles, Jon is led on a frightening tour of an Otherworld he knew nothing about; a missing Seer, the nefarious Otherworld hit men the Vipers, witches, Not-Mermen and the ugly toads that had once captured him.

And his companions have their own gifts.

They are Darovit; their scaled Dar their constant companions.

But she is not just his hero

And he was not just a boy

Is hunting him still

This new urban fantasy from the author of the Aquila novels brings myth and legend into the modern world.

I like this scene because it’s the start of her character development and the arc she takes through the book yet neither Jon nor Miles know it yet.

Favourite lines: She tossed firewood into the ebbing flames as she passed, considered dropping a log on the Naja’s head, contented herself with stabbing ferociously at the embers with a poker until they blazed once more in the grate.

I like it for how simply it defines Jon’s interests, and it shows how he can still see beauty in the world that has changed so much for him.

Favourite lines: Time seemed to stand still. It was just him and the art, until gradually he became aware of body heat and the scent of cologne, like he was waking from a deep sleep to realise he was sharing the bed with a stranger. “There’s something lonely about this piece,” a deep male voice spoke from beside him, “and something lonely about a boy studying it.”

I like this scene because it’s light and colour in Jon’s newly dark world. It’s a moment of rest, of taking a breath and laughing. Its comic relief.

Favourite Lines: Jon dove toward the dash and grabbed the rear-view mirror in his hands without thinking. He was. Bright blue from the tips of his hair all the way down. When he lifted his shirt with a blue hand, he found more blue skin across his abdomen, and when he pulled forward the waistband of his pants he gasped.

I like this scene because it really shows how far they’ve come and how much they’ve bonded since their first meeting. They are finally discovering they have things in common.

Favourite lines: “I worry we’re bad for him, in the long run.” Miles looked at her, her lithe shape, her dangerous aura, the dark clothes he knew hid knives, the way she drank hard liquor as though it was water, the whisky taste was on his own breath, scalding his throat. “I mean, we’re day drinking for one.”

I love this scene because it is real. It’s full of the unspoken emotion in friendships and the fear they both have of losing the other. It’s a character development for both of them.

Favourite lines: Then he couldn’t sing any more, because Jon wrapped him into a tight embrace and smashed his face into Miles’s shoulder; taking him by surprise. He stopped jumping and hugged him back, fiercely. They’d never hugged like this before. Miles wasn’t sure if Jon had hugged anyone except his mother in his whole life. 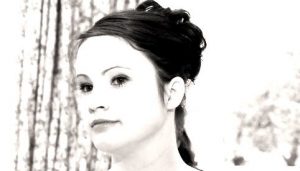 Searle is a self published author living in the south-west of England. She is a wife, mother of two and full time Critical Care Nurse.

Her love of reading led her to pen her first two novels; the Aquila novels. She is now writing the second book in the new Davovit series. The first novel, Finding Soul, was released in December 2019.

10 winners will win an ebook of FINDING SOUL, International.