“This series opener from a new imprint of National Geographic is a fully packed high-tech adventure that offers both cool, educational facts about the planet and a diverse cast of fun characters.” ―Kirkus

“This exciting series opener introduces young readers to the joys of science and nature.” ―Publisher’s Weekly

“Sure to appeal to kids who love code cracking and mysteries with cutting-edge technology.” ―Booklist

“A fun, exciting, and action-packed ride that kids will love.” ―J.J. Abrams, director and screenwriter of “Star Wars: The Force Awakens,” “Lost,” “Alias”

“Inspires the next generation of curious kids to go out into our world and discover something unexpected.” ―James Cameron, National Geographic Explorer-in-Residence and acclaimed film-maker

“Explorer Academy is sure to awaken readers’ inner adventurer and curiosity about the world around them. But you don’t have to take my word for it, check out Cruz, Emmett, Sailor, and Lani’s adventures for yourself!” ―LeVar Burton, host of “Reading Rainbow” and “LeVar Burton Reads”

“Absolutely Brilliant! Explorer Academy is a fabulous feast for the mind and heart — a thrilling, inspiring journey with compelling characters, wonderous places, and the highest possible stakes. Just as there’s only one planet Earth, there’s only one series like this. Don’t wait another instant to enjoy this phenomenal adventure!” ―T.A. Barron, author of the Merlin Saga

“In the midst of fast-paced action, Explorer Academy captures the power of learning through exploration. The excitement of hands-on discovery is modeled in Cruz’s adventures, which encourages kids to take on the mind-set of explorers.” ―Daniel Raven-Ellison, National Geographic Explorer and Guerilla Geographer


“A fictional setting like the Explorer Academy allows children to forge connections between science in the abstract and practical applications, holding their interest and fostering a love for, ‘all the different things the planet has to offer.’” ―Book Riot 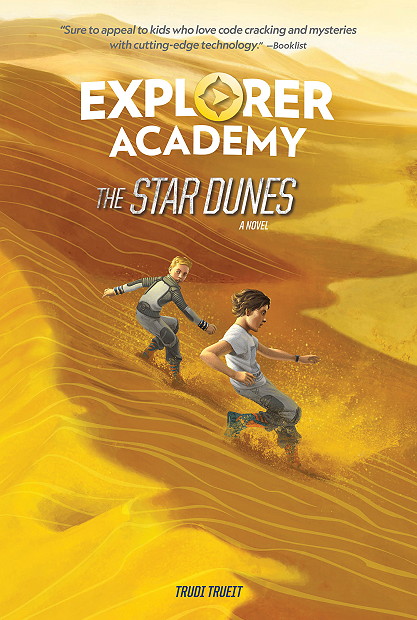 Adventure, danger, and a thrilling global mission await 12-year-old Cruz Coronado at the Explorer Academy, where he and 23 other kids from around the globe are training to become the next generation of great explorers. But in addition to making new friends and attending cool classes, Cruz must also unlock clues to his family’s mysterious past and tackle the biggest question of all: Who is out to get him … and why? Secrets creep out from the shadows and leave Cruz with more questions than answers in this fourth title in the hit series.

A major discovery forces the Explorer Academy into the limelight in The Star Dunes, but Cruz has much more on his mind than 15 minutes of fame. A new face on board the ship brings Cruz’s worlds colliding, and someone close to Cruz ends up on the brink of death. En route to Africa to dispense life-saving medications to gorillas, thwart pangolin poachers and capture images of the last known cheetahs in Namibia, Team Cousteau is now down a major player, and Cruz can’t help but be preoccupied by the hole in his life. The discovery of his mom’s next clue leads him to the most exotic location yet–a vast desert–with no other information to lead the way, while an unlikely ally helps Cruz pursue another piece of the puzzle. Just as things seem like they might turn out alright, Dr. Fanchon Quills has a technological breakthrough which gives Cruz a glimpse into the past and reveals more about his future than he may really want to know.

You can purchase Explorer Academy: The Star Dunes at the following Retailers: 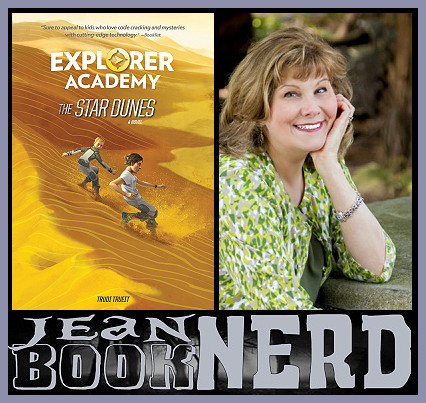 Trudi Trueit is a gifted storyteller for middle-grade audiences. She has written more than 100 books for young readers, both fiction and nonfiction, including The Sister Solution, Stealing Popular and the Secrets of a Lab Rat series. Trueit lives in Everett, Washington. 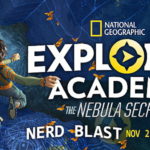 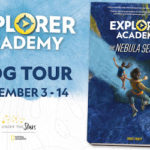