HANNAH GOODHEART AND THE GUARDIAN OF TIME Blog Tour

I am thrilled to be hosting a spot on the HANNAH GOODHEART AND THE GUARDIAN OF TIME by C. Michael Morrison Blog Tour hosted by Rockstar Book Tours. Check out my post and make sure to enter the giveaway! 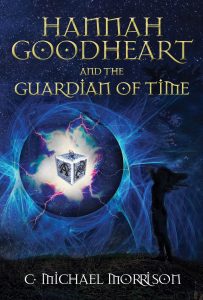 Turning thirteen can be difficult – especially when a time-traveling thief steals your necklace, and a brewing temporal conflict turns your birthday party into a mission to save the universe. As Hannah and her friends chase the thief across time and space, they learn her necklace is more than a pretty piece of jewelry. Only one person can control the powerful pendant, and they must find them before the entire universe is wiped from history.

Myth and magic collide as they race to find The Guardian of Time.

Hannah Goodheart and the Guardian of Time excerpt from ch. 1

I’m a book nerd, so there are many. Want the whole list?

I’d have to say though, I’m a big Anthony Horowitz fan. Got to admit, I had a moment when he sent me a DM in response to a post on Twitter. The brief interaction I was able to have with him just solidified my appreciation for, who I believe is, one of the coolest guys in the business.

When they give you dirty silverware at a restaurant. Seriously. Eew! It’s SO gross.

At the point I really began writing seriously, I had a carefully ordered outline… character back stories… details upon details about the world I was going to build. About two thousand words into it, I realized the story had taken on a life of its own and my outline had died a quick death. (At least I had that to comfort me in my grief) What I discovered was the joy of writing organically. Now, I know what the story is about. I know the main characters. In fact, I get to know them well before I write a single word. They tell the story. I let them decide how it all will unfold. For me, it’s incredibly satisfying when the story concludes. I’m just as surprised as the reader.

Yeah, that’s the word. I’m a podcaster on the Trek.fm network, and I annoy myself with how often I drop that word. I can only imagine how it must needle the listeners. I’m thankful for skillful editing. I know… it’s not rational to love a word so much and hate hearing myself say it. As for written words I love to use—I’m a lover of words in general. Words are so incredibly powerful and taken entirely too much for granted.

A couple pictures of my standard poodle, Princess are attached. She says hello! 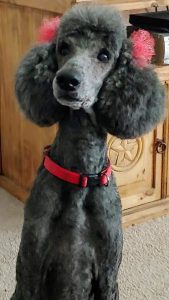 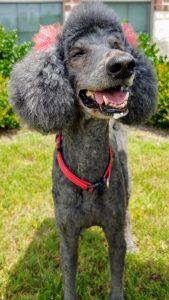 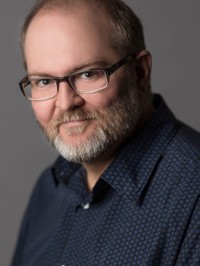 Author of Hannah Goodheart and the Guardian of Time, C. Michael Morrison is a man of many talents. His passion for story telling began as a boy growing up in a small river valley town in West Virginia, where Mike cultivated an affection for science fiction. It’s no surprise that these days, he can be found on the Trek.fm podcast network, where Mike is co-host of Meta Treks: A Star Trek and Philosophy podcast, as well as an occasional contributor to other shows on the network.

In addition to being a devout PEZ collector, Mike is Lead Pastor of Collin Creek Church in Plano, TX.

Mike lives in the Dallas area with his wife, Dorinda, daughter, Hannah, and their standard poodle, Princess. 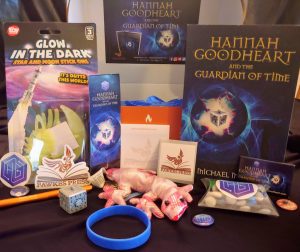 One lucky winner will receive a HANNAH GOODHEART AND THE GUARDIAN OF TIME Book Box, US Only. 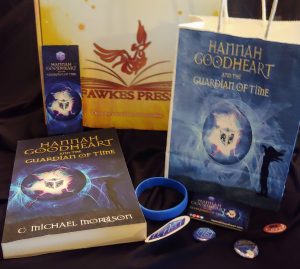 Two lucky winners will receive a HANNAH GOODHEART AND THE GUARDIAN OF TIME Swag Pack which includes a book, US Only.