★ “Monsters and mortals collide in this fantasy adventure that explores the hypnotic allure of fear, the adamant grip of the past, and the redeeming power of stories.” —Kirkus Reviews, starred review

“Glorious thematic complexity inhabits a wildly inventive world, with the menacing roils of a dangerous sea threatening the archipelago and touches of steampunk rounding out the fantastical elements.” —Bulletin of the Center for Children’s Books

“Chilling and provocative, this dark fantasy will appeal to thrill seekers and cerebral tweens.” —Booklist

This is a Nerd Blast, you will post the promotional info we provide you with, including the giveaway. No reviews required. Please mark your Calendar. 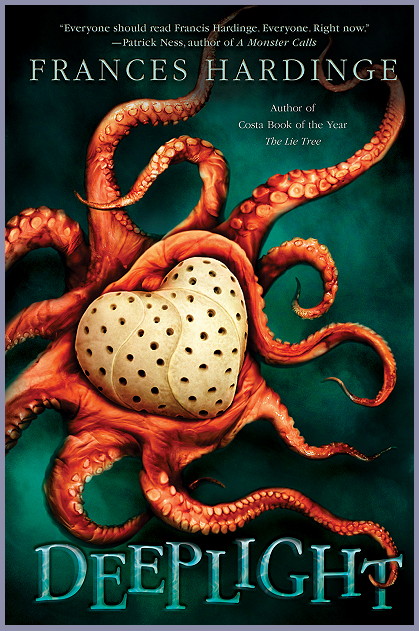 The gods are dead. Decades ago, they turned on one another and tore each other apart. Nobody knows why. But are they really gone forever? When 15-year-old Hark finds the still-beating heart of a terrifying deity, he risks everything to keep it out of the hands of smugglers, military scientists, and a secret fanatical cult so that he can use it to save the life of his best friend, Jelt. But with the heart, Jelt gradually and eerily transforms. How long should Hark stay loyal to his friend when he’s becoming a monster—and what is Hark willing to sacrifice to save him?

You can purchase Deeplight at the following Retailers: 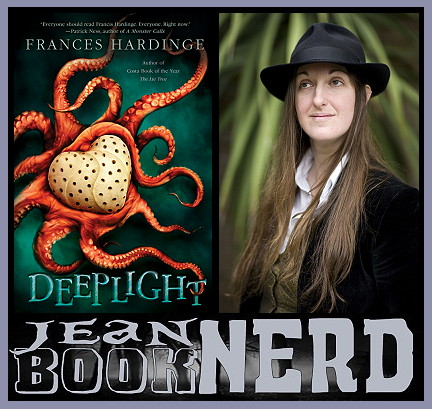 Frances Hardinge is the winner of the Costa Book of the Year for The Lie Tree, one of just two young adult novels to win the major UK literary prize. Known for her beautiful use of language, Hardinge has written many critically acclaimed novels, including Cuckoo Song, Gullstruck Island, Fly by Night, Verdigris Deep, and Fly Trap. She lives in England. Visit the author at franceshardinge.com.