Praise for A NEON DARKNESS

“X-Men by way of Salinger.” ―Mackenzi Lee, New York Times bestselling author of The Gentleman’s Guide to Vice and Virtue


Praise for THE INFINITE NOISE

“Emotional and inventive, Lauren Shippen has written a queer love story for anyone who’s ever felt like an outsider. The Infinite Noise managed to make me swoon even as it broke my heart. A thoughtful and tender exploration of mental health, it will make you want to go to therapy, whether you have superpowers or not.” ―Britta Lundin, Riverdale screenwriter and author of Ship It

“The Infinite Noise is a marvelous book about love, mental health, and connection. Lauren Shippen writes with a clean and honest warmth that is deeply refreshing, and her sharp representation of depression and anxiety rings true. Once I started reading The Infinite Noise, I couldn’t stop; now that I’ve read it, my life has become a matter of waiting to get my hands on whatever Shippen creates next.” ―Sarah Gailey, Hugo Award winning author of Magic for Liars

“Fans of the podcast will revel in this closer look at the lives of the characters, and readers new to the franchise will drop into this world without missing a beat. Give this to fans of the podcast, as well as readers who enjoy Becky Albertalli’s Simon vs. the Homo Sapiens Agenda, Rainbow Rowell’s work, and Welcome to Night Vale.” ―School Library Journal

“The author gives emotions form, texture, and color, taking readers along on Adam’s and Caleb’s journeys while remembering that a boyfriend is not an antidote to life’s supernatural―or mundane―problems…. A warm, satisfying love story with depth.” ―Kirkus Reviews

“Shippen does a superb job of handling a swirl of complex emotions, ranging from subtle to fiery as the boys struggle to complete each other and share their differences.” ―Booklist 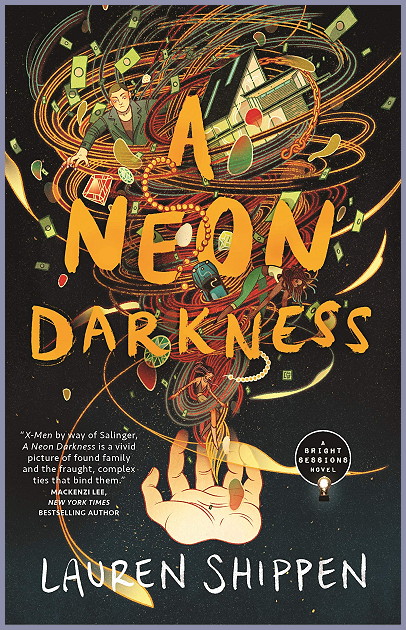 The second Bright Sessions novel from creator Lauren Shippen that asks: “What if the X-Men, instead of becoming superheroes, decided to spend some time in therapy?”

Los Angeles, 2006. Eighteen-year-old Robert Gorham arrives in L.A. amid the desert heat and the soft buzz of neon. He came alone with one goal: he wants to see the ocean. And Robert always gets what he wants.

At a very young age, Robert discovered he had the unusual ability to make those close to him want whatever he wants. He wanted dessert instead of dinner? His mother served it. He wanted his Frisbee back? His father walked off the roof to bring it to him faster. He wanted to be alone? They both disappeared. Forever.

But things will be different in L.A. He meets a group of strange friends who could help him. Friends who can do things like produce flames without flint, conduct electricity with their hands, and see visions of the past. They call themselves Unusuals and finally, finally, Robert belongs.

When a tall figure, immune to their powers, discovers them, the first family that Robert has ever wanted is at risk of being destroyed. The only way to keep them
all together is to get his powers under control.

But control is a sacrifice he might not be willing to make.

A Neon Darkness is the origin story of Damien and the second stand-alone story
in the Bright Sessions Novels.

You can purchase A Neon Darkness at the following Retailers:

PROLOGUE: THE FIRE
There are benefits to driving without a map.
This country is sprawling and full of detours. The “Best Specific Local Food Item” here and the “World’s Largest Mundane Object” there. Usually the best places aren’t on any map. If you hurtle toward your destination on the most direct route you can find, you miss the nooks and crannies, the strange offshoots and odd corners of the country. The warm, welcoming towns. The wonders of nature. The breathtaking vistas.
The road between Las Vegas and Los Angeles is barren. There’s no detour to take, no paths splintering from the highway beneath your tires. One road, a vein connecting two bloodless hearts, and the vastness of dry desert surrounding it. There’s no map to ignore, just a blank stretch of pavement in front of you. It’s easy to keep your eyes on the road. A yellow line illuminated in staccato bursts while blackness stretches out on either side. It’s impossible to say what hap- pens out in that black, what things lurk in the desert. Darkness invites darkness; it folds in on itself, hides the things that seek hiding. That unfaltering darkness was interrupted in spectacular fashion on the night of October 31, 2006. If you’d been driving along that road that night—that endless, unchanging path—you’d have seen a burst of light so bright you’d have wondered if the sun was coming back from its sleep prematurely. A star in the middle of the sand, a nuclear blast, an explosion—it was over as quickly as it began, the monotony of the desert returning so rapidly that it was unclear if there had ever been any light at all, or if it had been merely a mirage conjured by a brain desperate for change.
Alex really shouldn’t have come here. He knew it was a risk—trusting the strange man who promised to help him with his unique problem, agreeing to meet him in an alley downtown in the middle of the night. But Alex met strange men every day in Los Angeles, had met them in alleys before. And now his problem had gotten so bad—just kept getting worse and worse—that Alex wasn’t sure he had much of a choice.
He wasn’t like the others—he didn’t want this. It was tiring, being this full of fire all the time, worrying that you were going to destroy your favorite jacket, your furniture, the guy in your bed, your life. He could feel it now, burning under his skin, threatening to burst out and destroy the cool autumn night. His body itched with the need to explode and with a deeper hunger, a new hunger. His skin cried out in craving, wanting the only thing that seemed to soothe the burning, even as it slowly rotted the rest of him.
Alex tried to think of his friends. Things had gotten easier since he’d joined up with that merry band of weirdos, but picturing their faces just made him think about how much better they all were than him. They weren’t perfect, but they were getting there. Alex was nowhere close to perfect. He was never going to get to perfect. And if it couldn’t be perfect, if it couldn’t be perfectly controlled, useful, and safe, he didn’t want it. Which is why he was now pacing up and down an alley waiting for a tall figure to step out of the street and into the shadows and give him a magical solution.
What Alex didn’t realize, what he didn’t see in his pacing, was that the tall figure was already in the shadows. He loomed there, waiting. Waiting for Alex to pace past him. Waiting for his moment. Waiting to set off an explosion.
Copyright © 2020 by Lauren Shippen 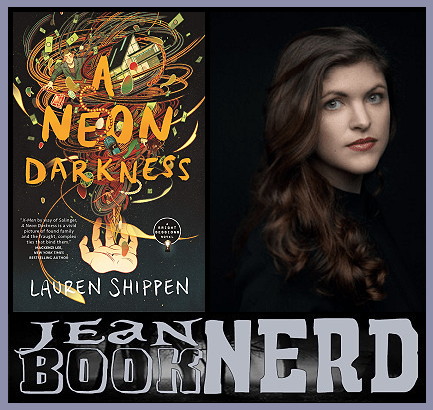 Lauren Shippen is a writer best known for her work in fiction podcasts. She was the creator and sole writer of the popular audio drama The Bright Sessions, which ran from 2015 to 2018. She went on to executive produce The AM Archives and co-produce the #1 podcast Passenger List, for which she received a BBC Audio Drama Award. Most recently, she wrote MARVELS, an audio adaptation of the popular comic. Her first novel, The Infinite Noise, was released through Tor Teen in September 2019.

Lauren was named one of Forbes 2018 30 Under 30 in Media and one of MovieMaker Magazine and Austin Film Festival’s 25 Screenwriters to Watch. In 2019, she founded Atypical Artists, a company dedicated to audio storytelling. Shippen grew up in New York, where she spent most of her youth reading and going to Panic! at the Disco shows. She now lives in Los Angeles, where she does the same thing.