I am thrilled to be hosting a spot on the FOREST OF SOULS by Lori M. Lee Blog Tour hosted by Rockstar Book Tours. Check out my post and make sure to enter the giveaway! 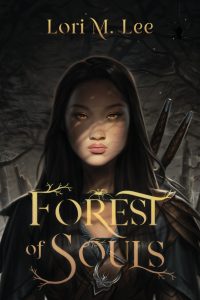 Sirscha Ashwyn comes from nothing, but she’s intent on becoming something. After years of training to become the queen’s next royal spy, her plans are derailed when shamans attack and kill her best friend Saengo.

And then Sirscha, somehow, restores Saengo to life.

Unveiled as the first soulguide in living memory, Sirscha is summoned to the domain of the Spider King. For centuries, he has used his influence over the Dead Wood—an ancient forest possessed by souls—to enforce peace between the kingdoms. Now, with the trees growing wild and untamed, only a soulguide can restrain them. As war looms, Sirscha must master her newly awakened abilities before the trees shatter the brittle peace, or worse, claim Saengo, the friend she would die for.

Danger lurks within the roots of Forest of Souls, an epic, unrelenting tale of destiny and sisterhood, perfect for fans of Naomi Novik and Susan Dennard.

The earth is black with last night’s rain—a perfect morning for shadows.

When I arrive at my mentor’s tower door, my damp gloves barely brush the heavy wood before it flies open. Its half dozen locks jangle and clack noisily. For a blind woman whose eyes are always concealed behind a scarf, Kendara’s face can convey an impressive amount of disdain.

“Sirscha Ashwyn, you thoughtless dolt,” she says, her voice low and gravelly. “Took you long enough.” She used to speak more gently when I was younger. Maybe that’s why the sound of it still makes me smile, even when she’s insulting me.

“I was only gone for an hour,” I say, shutting the door behind me.

Kendara snorts as she returns to the chair by the open balcony. There’s a white circle painted into the floor of the balcony, large enough to fit two battling opponents. I’ve earned more wounds than I can count in that circle, but this tower is the ideal place to conduct our training, high away from the watchful eyes of the palace. A dagger lies on the seat of her chair, and she picks it up as smoothly as if she can see. Sitting, she tests the blade’s edge with the thick pad of her thumb.

To a stranger, she is a woman descending into old age, her hair gone white save for a few stubborn streaks of black. Age spots speckle the deep bronze of her skin, which is a couple of shades darker than my own. But she is far from infirm. The dagger she handles and the weapons that hang from her wall aren’t decorative. She is the queen’s Shadow, and for the past four years, my secret mentor.

“Would have taken me half the time,” she grumbles, reaching for the whetstone that rests on the floor. “And without the need to show off.”

My nose wrinkles as I remove my gloves. Opening my satchel, I dig inside for the banner I appropriated from the city’s southern watchtower. I may have also waved at the tower guards while scaling the walls. 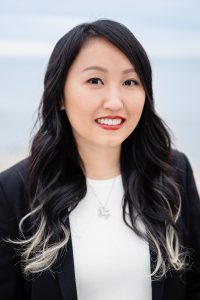 Lori M. Lee is the author of FOREST OF SOULS, first in the Shamanborn duology, as well as GATES OF THREAD AND STONE and THE INFINITE. She’s also a contributor to the anthologies A THOUSAND BEGINNINGS AND ENDINGS and COLOR OUTSIDE THE LINES. She considers herself a unicorn aficionado, enjoys marathoning TV shows, and loves to write about magic, manipulation, and family.

3 winners will receive a finished copy of FOREST OF SOULS, US Only.