Welcome to the My Life in the Fish Tank Blog Tour!

My Favorite Character in My Life in the Fish Tank
by Barbara Dee
I love middle schoolers. I love writing for them and about them. I’ve never wanted to write a picture book or a YA–only middle grade, or Upper Middle Grade. It’s my natural voice, I guess, and my natural demographic.
So it may seem funny to admit that my favorite character in My Life in the Fish Tank is not the twelve- year-old protagonist, Zinny, but her sixteen-year-old sister, Scarlett.
Why do I like Scarlett? Well, “like” might not be the best word, because Scarlett isn’t particularly likable. She refuses to visit her brother Gabriel when he’s in the treatment center for bipolar disorder. She slams doors when her parents try to talk to her about his condition. She doesn’t help with the family’s abandoned housework, leaving all the shopping and cooking to twelve-year-old sister Zinny. She teases Zinny about crushes. She doesn’t pay attention to Aiden, their sensitive, neglected little brother. Worst of all (at least, according to Zinny), she refuses to respect their parents’ wish to keep Gabriel’s condition “private,” blabbing about it to everyone at school.
Scarlett does have her moments, though.  I respect how she stands up for gender justice, suggesting (half-seriously) that the family change its name from Manning, and that the squirrel who gets into the house be referred to as “they.” I’m glad that when Zinny’s friends confront her about how little information she’s willing to share, Scarlett intervenes to protect her sister.  I applaud how, when Mom insists Scarlett see a therapist, Scarlett  agrees, on the condition that Mom see a therapist too.  I also think it’s generous that when Gabriel comes home after a long stay at a residential treatment center, and offers to take out Zinny for ice cream, Scarlett drives them, then retreats to let her siblings have precious time together.
And yet, despite these occasional benevolent impulses, Scarlett is a thorny, moody, overly dramatic character–a difficult teen who can be immature and self-involved. That’s why, when she tells the family that she refuses to visit Gabriel at the treatment center, she explodes with: “Can Gabriel’s mental problems please not take up my entire existence?”
Because the truth is, she can’t stop thinking about her brother.  As the two oldest kids in the family, Scarlett and Gabriel are close in a way that Zinny envies.  So even though at first she refuses to acknowledge Gabriel’s illness,  Scarlett later confesses to Zinny that she feels guilty, blaming herself for “not getting it,” “not saving him.” Her behavior, as difficult as it is, is understandable, a combination of fear, guilt, anxiety, love–along with a fair dose of teen hormones.
As I was creating the character of Scarlett, I knew she had to be rounded, sympathetic, not a simple one-dimensional villain. What I didn’t expect was that Scarlett would make me laugh. One of my favorite moments in the book is when the family gets a mysterious pizza delivery.  Assuming it’s a gift from the kids in Lunch Club, Zinny frantically lies, telling the others that it was sent by her science teacher.  When Aiden guesses that this teacher sent the pizza because she thinks Zinny is a “genius,” Scarlett “raises an Eyebrow of Doubt.”
Anyone with a sibling knows that look, I bet.
*****
Blog Tour Schedule:
September 14th – Crossroads Reviews
September 15th – BookhoundsYA
September 16th – Good Choice Reading
September 17th – Satisfaction for Insatiable Readers
September 18th – Word Spelunking 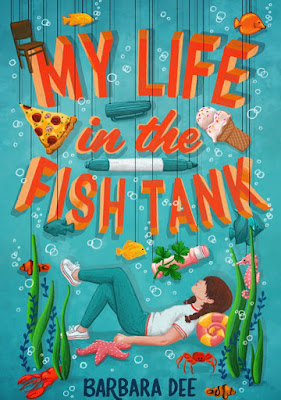 Buy: Amazon | Barnes and Noble | Bookshop | Indiebound
Add on Goodreads
From acclaimed author of Maybe He Just Likes You and Halfway Normal comes a powerful and moving story of learning how to grow, change, and survive.
When twelve-year-old Zinnia Manning’s older brother Gabriel is diagnosed with a mental illness, the family’s world is turned upside down. Mom and Dad want Zinny, her sixteen-year-old sister, Scarlett, and her eight-year-old brother, Aiden, to keep Gabriel’s condition “private”—and to Zinny that sounds the same as “secret.” Which means she can’t talk about it to her two best friends, who don’t understand why Zinny keeps pushing them away, turning everything into a joke.
It also means she can’t talk about it during Lunch Club, a group run by the school guidance counselor. How did Zinny get stuck in this weird club, anyway? She certainly doesn’t have anything in common with these kids—and even if she did, she’d never betray her family’s secret.
The only good thing about school is science class, where cool teacher Ms. Molina has them doing experiments on crayfish. And when Zinny has the chance to attend a dream marine biology camp for the summer, she doesn’t know what to do. How can Zinny move forward when Gabriel—and, really, her whole family—still needs her help? 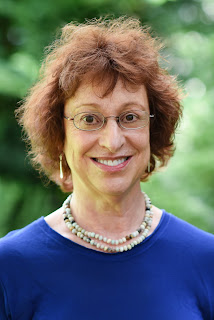 About the Author: Barbara Dee is the author of eleven middle grade novels published by Simon & Schuster, including My Life in the Fish Tank, Maybe He Just Likes You, Everything I Know About You, Halfway Normal, and Star-Crossed. Her books have earned several starred reviews and have been named to many best-of lists, including the The Washington Post’s Best Children’s Books, the ALA Notable Children’s Books, the ALA Rise: A Feminist Book Project List, the NCSS-CBC Notable Social Studies Trade Books for Young People, and the ALA Rainbow List Top Ten. Barbara lives with her family, including a naughty cat named Luna and a sweet rescue hound named Ripley, in Westchester County, New York.
Follow Barbara: Website | Twitter | Facebook | Instagram 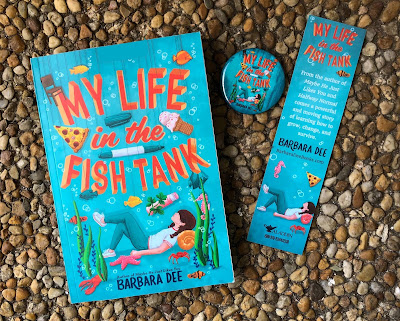