I am thrilled to be hosting a spot on the SOURCES SAY by Lori Goldstein Blog Tour hosted by Rockstar Book Tours. Check out my post and make sure to enter the giveaway! 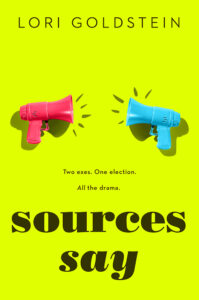 Two exes. One election. All the drama.

For fans of Becky Albertalli and Morgan Matson comes a funny, hearfelt novel about fueding exes running for class president and the scandal that makes the previously boring school election the newest trending hashtag.

At Acedia High School outside of Boston, student council has always been nothing more than a popularity contest. Nobody pays attention. Nobody cares.

But all that changes when the Frankengirls show up. During the very first week of school, someone plasters the halls with Photoshopped images of three “perfect tens”–images of scantily clad girls made from real photos of girls at school. The student body is livid. And the two presidential candidates, Angeline Quinn and Leo Torres, jump on the opportunity to propose their solutions and secure votes. After their messy break up, Leo and Angie are fighting tooth and nail to win this thing and their constituents are mesmerized as they duke it out.

As if things couldn’t be more dramatic, the school’s two newspapers get involved. The Red & Blue is run by Angie’s sister Cat and she prides herself on only reporting the facts. But her morals are tested when The Shrieking Violet–written by an anonymous source and based less on facts and more on fiction–blatantly endorses Leo. Rumors fly, secrets are leaked, and the previously mundane student election becomes anything but boring.

Video Versus Print – who wins?

This is a wonderful story about sisters who pretty much don’t understand each other even though they grow up in the same house with the same values.  So when Angie decides to run for school president against her ex, Leo, things between Angie and her sister Cat, gets a bit messy.  They don’t realize how similar they are in so many ways. Angie runs a very successful vlog called Ask an Angel while Cat runs the school newspaper.  They are both seniors but not twins which makes the dynamic even more intense.

The story reflects the current world conditions in such a smart way (minus the pandemic) and really shows how teens of today are more aware of the world than when I was this age (ages ago) and left me feeling hopeful for the future when teens like this step up and face the world.  This story is fast-paced and humorous. Cat and Angie both have to fight fake news and both realize that words are stronger than imagined.  I highly recommend this one. 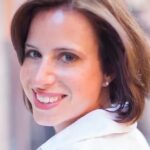 Lori Goldstein earned her BA in journalism but eventually found her true writing passion in the world of fictional people. She’s never met a beach she didn’t love, a book she wouldn’t read, or a strange food she wouldn’t try. She is the author of SOURCES SAY, which Kirkus calls “Entertaining, thought-provoking, and heartwarming”; SCREEN QUEENS, which Kirkus calls “a fun and uplifting story that celebrates female friendship and empowerment”; and the VOYA-starred young adult contemporary fantasy series BECOMING JINN.

1 lucky winner will win a signed book pack of Becoming Jinn, Circle of Jinn, Screen Queens, US. Only. 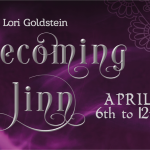