“Strongman is a book that is both deeply researched and deeply felt, both an alarming warning and a galvanizing call to action, both daunting and necessary to read and discuss.” ―Cynthia Levinson, author of Fault Lines in the Constitution

“A wake-up call to democracies like ours: we are not immune to despots . . . Strongman demonstrates that democracy is not permanent, unless it is collectively upheld. This book shakes that immortality narrative.” ―Jessica Ellison, President of the Minnesota Council for the Social Studies

“Rarely does a history book take such an unflinching look at our common future, where the very presence of democracy is less than certain; even rarer is a history book in which the author’s moral convictions incite young readers to civic engagement; rarest of all, a history book as urgent, as impassioned, and as timely as Kenneth C. Davis’ Strongman.” ―Eugene Yelchin, author of the Newbery Honor book Breaking Stalin’s Nose

“[I] . . . found myself engrossed in it from beginning to end. I could not help admiring [Davis’s] ability to explain complex ideas in readable prose . . . very much a book for our time.” ―Sam Wineburg, author of Why Learn History (When It’s Already on Your Phone)

“At a time when dictators are rampant in such countries as North Korea, Turkey, China, Russia, and others, Davis’ deep dive into the lives of five of history’s most notorious dictators (or strongmen as he calls them)―Mussolini, Hitler, Stalin, Mao, and Hussein―is apposite and timely.” ―Booklist

OFFICIAL NERD BLAST FOR STRONGMAN: THE RISE OF FIVE DICTATORS AND THE FALL OF DEMOCRACY

This is a Nerd Blast, you will post the promotional info we provide you with, including the giveaway. No reviews required. Please mark your Calendar. 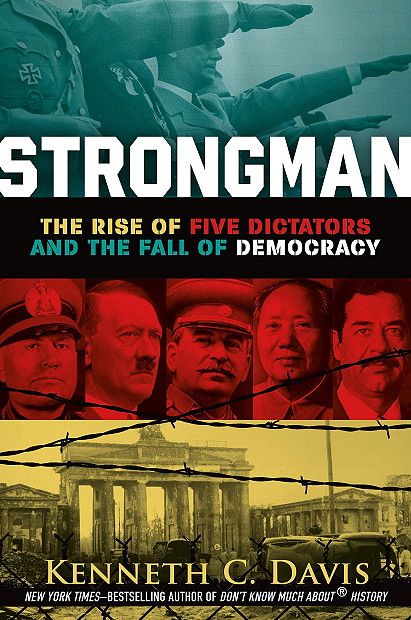 From the bestselling author of the Don’t Know Much About® books comes a dramatic account of the origins of democracy, the history of authoritarianism, and the reigns of five of history’s deadliest dictators.

What makes a country fall to a dictator? How do authoritarian leaders—strongmen—capable of killing millions acquire their power? How are they able to defeat the ideal of democracy? And what can we do to make sure it doesn’t happen again?

By profiling five of the most notoriously ruthless dictators in history—Adolf Hitler, Benito Mussolini, Joseph Stalin, Mao Zedong, and Saddam Hussein—Kenneth C. Davis seeks to answer these questions, examining the forces in these strongmen’s personal lives and historical periods that shaped the leaders they’d become. Meticulously researched and complete with photographs, Strongman provides insight into the lives of five leaders who callously transformed the world and serves as an invaluable resource in an era when democracy itself seems in peril.

You can purchase Strongman: The Rise of Five Dictators and the Fall of Democracy at the following Retailers: 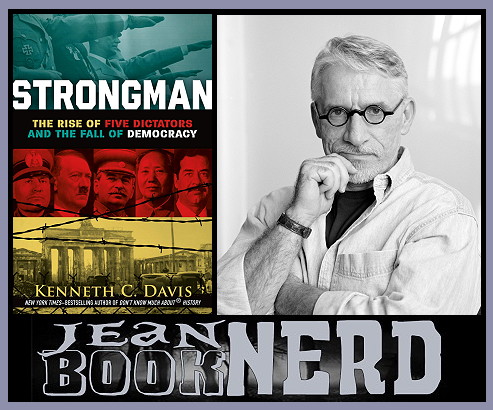 Kenneth C. Davis is the New York Times–bestselling author of America’s Hidden History and Don’t Know Much About® History, which gave rise to the Don’t Know Much About® series of books for adults and children. He is also the author of the critically acclaimed In the Shadow of Liberty, which was an ALA Notable Book and a finalist for the YALSA Award for Excellence in Nonfiction, as well as More Deadly Than War, which was named a Washington Post Best Children’s Book of the Month. A frequent guest on national television and radio and a Ted-Ed Educator, Davis lives in New York City.