I am thrilled to be hosting a spot on the CONTROL by Stephanie Guerilus Blog Tour hosted by Rockstar Book Tours. Check out my post and make sure to enter the giveaway! 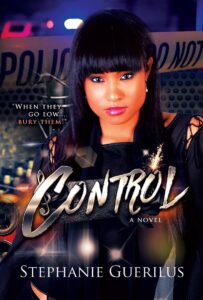 Read for FREE with a Kindle Unlimited Membership!

Control, whose title is lifted from the iconic Janet Jackson song, embodies its name. Theresa Marie Jenkins is a 17-year-old who thinks she knows it all. As the saying goes, a hard head makes for a soft ass and Reesa learns the hard way that she doesn’t really know much about life.

Reesa quickly becomes an It girl after speaking up at a Black Lives Matter protest but her activism gets in the way of her career. She wants to be the next pop diva on the charts. For that to happen, Reesa will have to be packaged; smile and wave as though she’s at a beauty pageant. She’ll have to give control to advisers who want her to sing on cue, tap dance on command, no throwing shoes at parties and keeping her mouth shut on the culture. If only Reesa had just sat there and ate her food.

Control is a novel that addresses the political climate, #MeToo, identity and what it means when you are a young woman of color who the world doesn’t automatically think to protect.

1.What is on your nightstand?

I have my Bible, Finding Freedom, The Autobiography of Malcolm X, The Art of War, an old People magazine with Brad Pitt and Angelina Jolie on the cover and a bunch of pens. I love a good pen! 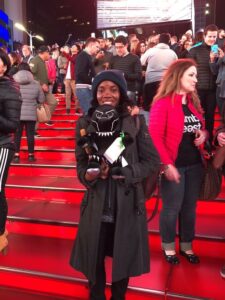 Maya Angelou. I was a little girl when I first read I Know Why the Caged Bird Sings and it didn’t hit me until years later just what that memoir meant. She created bodies of work that have stood the test of time and I want to follow in her footsteps. 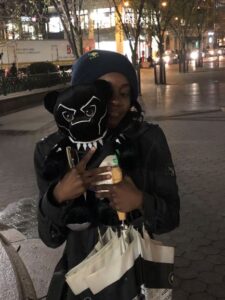 Gaping plot holes and the lack of substance. The best stories are told when the characters and story is fleshed out. There needs to be a reason to care and oftentimes, I think writers often forget to give the readers a reason. Once you have a why, you can take them on incredible journey’s but they’ve got to care enough to flip the page and take the leap of creative faith.

I also hate caricatures. The best stories are told with three dimensional characters. If I want to watch a cartoon, I will. Most people are nuanced complex. I don’t believe in trading humanity for a black and white villain. A hero is only as strong as the villain. 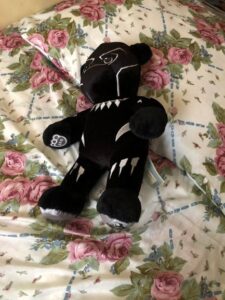 Both. I have a rough outline of where I want to go with the story. I have raw passion, especially for my writing, but I’ve never wanted to be a runway train. I plot out where I want the story to go but generally stick to the theme and fill out the finer points by instincts and in the moment.

Not that I can think of. I don’t have a go to word. 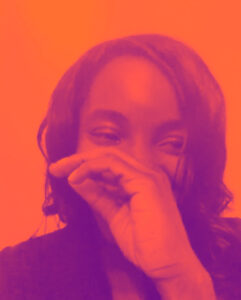 Stephanie Guerilus is a multimedia journalist and social media expert.

She is a native of Brooklyn, New York, the daughter of Haitian immigrants. Stephanie holds a Bachelor of Arts degree in Journalism from Temple University and is the secretary of the New York Association of Black Journalists.

Prior to joining the chapter board, she has volunteered with the National Association of Black Journalists. In this role, she helped in functions related to the annual convention, media and organizing various panels that have featured April Reign and Vann R. Newkirk II.

3 winners will receive a finished copy of CONTROL, US Only.