I SURVIVED THE NAZI INVASION, 1944

I am thrilled to be hosting a spot on the I SURVIVED THE NAZI INVASION, 1944 by Lauren Tarshis Blog Tour hosted by Rockstar Book Tours. Check out my post and make sure to enter the giveaway! 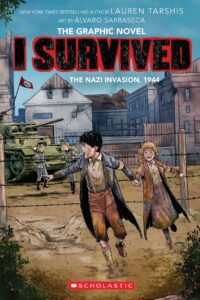 One of the darkest periods in history…

In a Jewish ghetto, Max Rosen and his sister Zena struggle to live after their father is taken away by the Nazis. With barely enough food to survive, the siblings make a daring escape from Nazi soldiers into the nearby forest.

Max and Zena are brought to a safe camp by Jewish resistance fighters. But soon, bombs are falling all around them. Can Max and Zena survive the fallout of the Nazi invasion?

With art by Álvaro Sarraseca and text adapted by Georgia Ball, Lauren Tarshis’ beloved and acclaimed I Survived series takes on vivid new life in this explosive graphic novel edition. Publishing in simultaneous hardcover and paperback editions, the book also includes nonfiction back matter with historical photos and facts about World War II and the Holocaust. 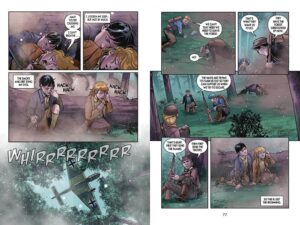 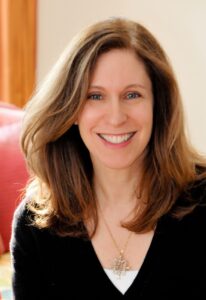 LAUREN TARSHIS’ New York Times bestselling I Survived series (which has over 34 million copies in print!) tells stories of young people and their resilience and strength in the midst of unimaginable disasters and times of turmoil. Lauren has brought her signature warmth and exhaustive research to topics such as the battle of D-Day, the American Revolution, Hurricane Katrina, the bombing of Pearl Harbor, and other world events. She lives in Connecticut with her family, and can be found online at laurentarshis.com.

GEORGIA BALL is an author and comic writer who has been lucky enough to work on most of her favorite childhood characters. She’s written stories for Strawberry Shortcake, Frozen, Care Bears, Transformers, Littlest Pet Shop, My Little Pony, and many other popular brands. She’s the author of two historical fiction graphic novels for Osprey Publishing, and she adapted Lauren Tarshis’ I Survived the Sinking of the Titanic, 1912 and I Survived the Shark Attacks of 1916 into graphic novels for Scholastic. When she isn’t writing words, she writes code as a front-end developer for mobile advertising. Georgia is also the author of two webcomics, Follipops and Scooter and Ferret on Webtoon. She lives with her husband, her daughter, two cats, and a dog in Washington State. For more information about her recent work, visit GeorgiaBallAuthor.com.

ÁLVARO SARRASECA has worked as a magazine cartoonist and graphic novel artist. He has contributed artwork to franchises such as Dragon Age, Jurassic World, and Red Sonja and Vampirella Meet Betty and Veronica, among others. He lives in Madrid, Spain, and can be found online at alvarosarraseca.daportfolio.com.

3 winners will win a finished copy of I SURVIVED THE NAZI INVASION, 1944, US Only.