I am thrilled to be hosting a spot on the GOLDEN GATE by James Ponti Blog Tour hosted by Rockstar Book Tours. Check out my post and make sure to enter the giveaway! 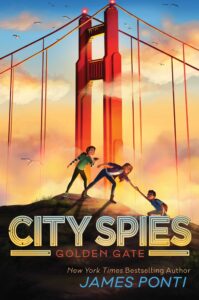 In this second installment in the New York Times bestselling series from Edgar Award winner James Ponti, the young group of spies returns for another international adventure perfect for fans of Spy School and Mrs. Smith’s Spy School for Girls.

After thwarting a notorious villain at an eco-summit in Paris, the City Spies are gearing up for their next mission. Operating out of a base in Scotland, this secret team of young agents working for the British Secret Intelligence Service’s MI6 division have honed their unique skills, such as sleight of hand, breaking and entering, observation, and explosives. All of these allow them to go places in the world of espionage where adults can’t.

Fourteen-year-old Sydney is a surfer and a rebel from Bondi Beach, Australia. She’s also a field ops specialist for the City Spies. Sydney is excited to learn that she’ll be going undercover on the marine research vessel the Sylvia Earle. But things don’t go exactly as planned, and while Sydney does find herself in the spotlight, it’s not in the way she was hoping.

Meanwhile, there’s been some new intel regarding a potential mole within the organization, offering the spies a lead that takes them to San Francisco, California. But as they investigate a spy who died at the Botanical Gardens, they discover that they are also being investigated. And soon, they’re caught up in an adventure filled with rogue missions and double agents! 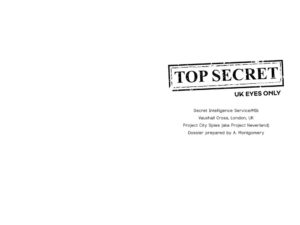 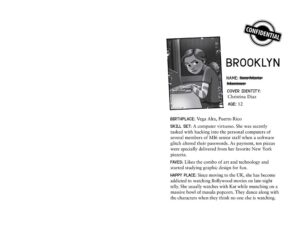 “A page-turner suited to even the most reluctant readers.” – Publisher’s Weekly
“A well-paced story laced with suspense, wit and entertaining dialogue.” – Booklist
“Cinematic and well-crafted.” School Library Journal
“Will keep young readers glued to the page…So when do I get the sequel?” —Beth McMullen, author of Mrs. Smith’s Spy School for Girls 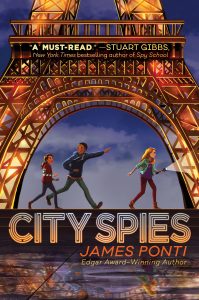 In this new series James Ponti brings together five kids from all over the world and transforms them into real-life spies.

Sara Martinez is a hacker. She recently broke into the New York City foster care system to expose her foster parents as cheats and lawbreakers. However, instead of being hailed as a hero, Sara finds herself facing years in a juvenile detention facility and banned from using computers for the same stretch of time. Enter Mother, a British spy who not only gets Sara released from jail but also offers her a chance to make a home for herself within a secret MI6 agency.

Operating out of a base in Scotland, the City Spies are five kids from various parts of the world. When they’re not attending the local boarding school, they’re honing their unique skills, such as sleight of hand, breaking and entering, observation, and explosives. All of these allow them to go places in the world of espionage where adults can’t.

Before she knows what she’s doing, Sarah is heading to Paris for an international youth summit, hacking into a rival school’s computer to prevent them from winning a million euros, dangling thirty feet off the side of a building, and trying to stop a villain…all while navigating the complex dynamics of her new team.

No one said saving the world was easy… 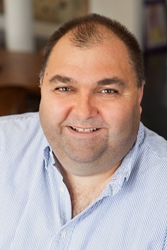 James Ponti was born in Italy, raised in Florida, and went to college in California. After receiving a degree in screenwriting from the USC Film School, he began a career writing and producing television shows for the likes of Nickelodeon, Disney Channel, PBS, Spike TV, History Channel, and Golf Channel. James loves writing, travel, and the Boston Red Sox. He lives with his family in Orlando, Florida.

2 lucky winners will receive a finished copy of GOLDEN GATE, US Only.