Praise for the EXPLORER ACADEMY Series

“Inspired by the adventures and research of real-life National Geographic explorers, Explorer Academy is exciting and smart. Readers get to meet a diverse, capable, curious crew as well as their amazing instructors. A dangerous side mission adds to the thrills!” —Karen Bokram, Editor-in-Chief, Girls’ Life

“Explorer Academy is sure to awaken readers’ inner adventurer and curiosity about the world around them. But you don’t have to take my word for it, check out Cruz, Emmett, Sailor, and Lani’s adventures for yourself!” —LeVar Burton, host of Reading Rainbow and LeVar Burton Reads

“Inspires the next generation of curious kids to go out into our world and discover something unexpected.” —James Cameron, National Geographic Explorer-in-Residence and acclaimed film-maker 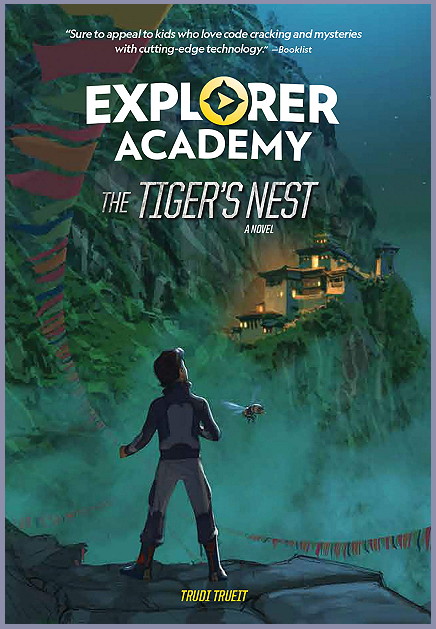 On an island nation in the Indian Ocean, the explorers venture through a vast underwater world and take part in a friendly robotics competition. But the tides of good fortune change quickly. Suddenly, Team Cousteau jumps into action to rescue a faculty member from the brink of death. Meanwhile, the team follows Cruz’s mother’s clues to a magnificent tomb and center of spirituality precariously perched on the side of a cliff. There, Cruz is confronted by a familiar foe who’s determined to stop him from completing his most important mission of all: Retrieving the final pieces of his mother’s cipher. In this life-or-death showdown, Cruz witnesses the ultimate sacrifice and uncovers a hidden message that makes him question his own mortality.

You can purchase The Tiger’s Nest at the following Retailers: 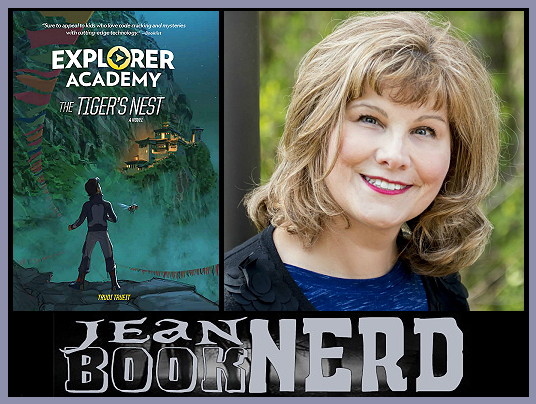 Trudi Trueit imagined a career as a novelist ever since writing her first play in the fourth grade. A former TV news reporter and weather forecaster, Trudi has published more than 100 fiction and nonfiction books for young readers. Trudi’s middle grade fiction books include the top selling Explorer Academy series for National Geographic (2018 to present), as well as My Top Secret Dares & Don’ts, The Sister Solution, Stealing Popular, and the Secrets of a Lab Rat series (Aladdin). Trudi’s numerous nonfiction titles cover such diverse topics as history, weather, wildlife, earth science, writing, education, and health. Recent releases include Detecting Avalanches & Detecting Volcanic Eruptions (FOCUS Readers); Giant Pandas, Grizzly Bears, and Polar Bears from the Wild Bears series (Amicus). Born and raised in the Seattle area, Trudi has a degree in Broadcast Journalism from Pacific Lutheran University in Tacoma, WA. She currently lives in Everett, WA with her husband, Bill, a high school teacher. She loves photography, art, and serving the whims of her cats.