I am thrilled to be hosting a spot on the CURSES OF SCALE by S.D. Reeves Blog Tour hosted by Rockstar Book Tours. Check out my post and make sure to enter the giveaway! 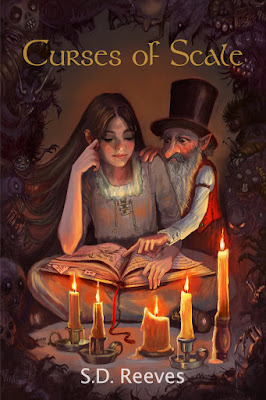 Sixteen-year-old Niena wants nothing more than to attend an elite bardic college, but when the dragon that shattered the empire awakens again she finds herself on the run, through the fey realm of Fairhome, to the city where she was born. On her trail are her army veteran grandfather, thrown into a commander’s role he doesn’t want, the lord of the fairies, trying to steer her to his own ends, and the husband she won’t meet for fifteen years. If she kills the dragon, she’ll save everyone she holds
dear. But if she kills the dragon, she’s cursed instead to become it.

Curses of Scale is the 2018 First Place Winner of Red City Review’s Young Adult Category, and an Official Selection of the 2018 New Apple Literary Awards. It also has the distinction of being a finalist in the following awards:

“★★★★ Curses of Scale is a coming of age tale with a lot to say about life and taking charge of one’s destiny in the search for independence. ” -Reader’s Favorite

“★★★★★ Curses of Scale is a Pandora’s box of world-building elements, and Reeves shows great skill at parceling out the pieces of lore and mystery thattoday’s fantasy readers crave. Readers will be sure to enjoy this crafty, utterly transportive novel.” – Red City Review 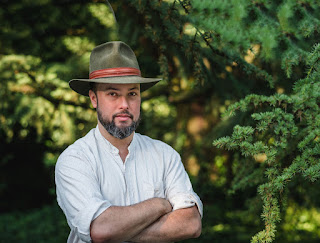 Stephen Reeves was born in 1980 in Huntsville, Alabama. He currently resides in Switzerland with an undetermined number of cats greater than zero, and a propensity for nonsense. On those cold nights where the wind steams off snowbanks, he is known to write award-winning fantasy
novels. And curse his wife’s cold feet.

1 winner will win a $25 Amazon Gift Card and an eBook of CURSES OF SCALE, International.

2 winners will win an eBook of CURSES OF SCALE, International.